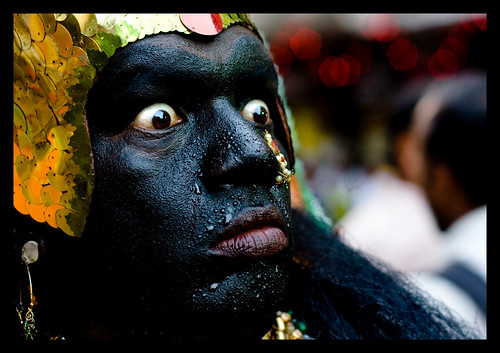 Last week I was talking with a friend who was celebrating, or at the very least – remembering, the fact that a certain day this week marked the 10th year on the job at his employer’s business.

10 years. How many people do you know that have had the same job for 10 years? I’ll bet the number is smaller than it used to be.

A decade or two ago, it was commonplace to have the same job for 10 years. In the decades of my parents’ work life, 25 or more years wasn’t unusual at one job.

Recent research indicates that people entering the workforce will have as many as 30 jobs during their lifetime. Meanwhile, some of today’s employers are often heard lamenting the attitude of the supposedly uncaring young people they employ, not realizing that their actions often provoke the attitude they perceive.

The “all corporations are evil” tribe members out there will likely be quick to paint all employers with this uncaring brush, but that would be intellectually dishonest of them. While some certainly fit that mold, numerous large businesses treat their employees as if they’re critical to accomplishing their mission. You already know their names.

To be sure, some companies struggle withÂ ethical, accountable behavior. When businesses hit rough times, some organizations will have employees who continue to show loyalty and deliver quality work. Guess which ones? The rest may look like a rodent-infested, Renaissance-era sailing ship slipping below the water – people won’t be able to leave fast enough.Â But they will, because their management will have made it so it just isn’t worth it anymore.

Is that really what this birthday thing is about? Of course not. It’s about common courtesy. Remember that?

As I learned more about this employee’s work anniversary and how the day went, it became clear through the conversation that no one at this business remembered the date (who would after 10 years?). No wonder there was no mention of the anniversary.

No, it’s not a huge issue, unless you’re that employee.

Keep in mind that:

For most adults, work is more than a paycheck. It’s part of who we are at some level. If it isn’t for someone on your staff, ask yourself how that adult came to feel that way about their work.

What you are vs. who you are

Sometimes the little things people do to recognize events like this 10 year anniversary are the ones that remind them that they’re more than a “(whatever you make/create/repair)”.

Imagine the conversation I would’ve had with that person if their general manager, regional manager Â or (gasp) the home office sent the guy a hand written note. Two minutes to write it. What message does that send?

Imagine the value of a phone call or an off-location cup of coffee with an employee who has seen your business change and adapt over the last 10 years. Remember the year. This particular anniversary means the hire happened just after 9/11, when very few were hiring.

Perhaps something as inexpensive and priceless as a handshake and a sincere “Thank you”.

How difficult and expensive would it be to put every new hire’s start date into a private-to-your-business Google calendar? Hark, I hear the cries of privacy advocates, so talk to your HR folks before making this egregious error (that was sarcasm, mostly).Â That Google calendar will automatically email or text you to remind you of each date.

Your work is almost done, but keep in mind that yourÂ Google calendar can’t put meaning into that handshake.

You have to do that.

UPDATE: Want some hints on how to improve how you thank your staff? Check this out:

3 replies on “A handshake and a thank you”

I’m 63 and have never had a job for more than 10 years (last one was 9 years and 8 months). Most job changes were career advancements, but a couple were due to recession-related downsizing. However, to your point, every employer I’ve had recognized 1-, 5-, 10- year anniversaries. It does make a difference to know that your contribution is remembered/recognized.

Thanks for reading and sharing your experiences, Tom.

I honestly have not been with a company more three years. Aside from the fact that I am capricious, there are several other factors that lead to my decision to quit the companies that I have worked for. One, the politics turned me off. I see people get promoted not because of tenure and ability but because of a**-kissing. Two, I could not see any good opportunities for myself within the company. Three, I felt that my efforts were unrecognized.