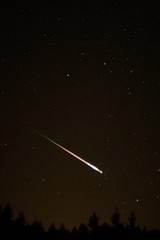 The wrong email at the wrong time, no matter how well intended, can be like a meteor strike.

It can weaken, dismantle or even ruin the relationship you’ve built with a customer.

A friend recently relayed a story about a summer stay at a hotel in South Texas.

Shortly after his stay, he got an email from the hotel chain’s corporate HQ asking how he enjoyed his stay. It was automatically generated, no doubt – but that’s OK when done right.

As it happened, he had just checked his bank statement and saw that they had overcharged him almost $100 more than what his final invoice indicated. After responding to the email, he followed up with a call to the front desk of the hotel.

The problem was taken care of right away by the person who answered the phone.

As time passed, he forgot all about the email, which was sent by and returned to the hotel’s corporate parent.

My friend gets an email from the hotel parent company’s “Email Resolution Desk”. The agent notes that “she appreciated my email, but she couldn’t do anything about my issue, so I need to contact the hotel directly.”

His comment: “Wow, they’d have been better off just not replying at this point.”

The extra email, like the meteor, left a crater in that customer’s experience.

This sort of disconnected communication is common to franchises whose corporate parent thinks it’s doing the right thing by monitoring customer “satisfaction”. The problem is, the disconnection and the lack of follow up.

What’s unfortunate about the situation is that a 2 min phone call could have turned that into a follow up email just to make sure he was happy with the resolution. Even if corporate had merely taken the trouble to email the hotel and ask how the situation was resolved (if reported at all), it would have given them far more insight into the situation and (hopefully) resulted in a far more intelligent email to my friend.

Instead of ticking him off by making it obvious that corporate was detached from the situation and not in touch with their franchisee, it would have conveyed (albeit 90 days late IMO) that they were making sure things were properly handled by their franchisee.

Rather than creating a negative vibe for an event that turned out positive, it would have reminded him that the situation was handled promptly and properly – and holy cow, someone at corporate was so on top of things that they were checking up on franchisee conflicts to make sure they were handled properly.

Which of these impressions are your automated emails leaving? Disconnected, or on top ofÂ  things?

Just because they’re automated doesn’t mean they have to be clueless.

Finally, consider what you’re doing with the info you collect from these “How did we do?” emails, postcards and phone calls.

If you aren’t doing some of those things…why are you collecting that info? Why waste the time? Just to make a customer think they have a voice?

In a lot of cases, customers assume those postcards, emails and web forms go into never-never land. Maybe it’s because they don’t see tangible changes as a result of their feedback. Or maybe it’s because businesses seldom (if ever?) follow up on the feedback they get.

I suggest your share these things with your customers. Reward those with great ideas you’ve implemented. Let them know – without a puddle of corporate speak – that you’ve handled the situation they spoke of and put in motion a plan to prevent future occurrences.

Not only will your customers’ experience improve, but their feedback will as well.