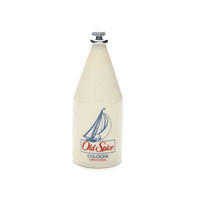 There was lots of noise this week when those clever folks managing the Old Spice social media campaign started making dozens of videos for a couple of days.

Old Spice’s team responded to Twitter posts, to Facebook posts, blogs and more, whether the posts came from celebrities or not.

The quickly made videos were funny and appeared to gag YouTube for a bit (might’ve been a coincidence). At any rate, it was a clever campaign to get some buzz about the product.

But did anyone buy Old Spice as a result?

Remember, that’s presumably the goal of running an advertising campaign, regardless of the media used.

What concerns me about actions like this – even though I tell you to have fun in your marketing – is that when a global company like Proctor and Gamble uses social media like this, I’m guessing that someone, somewhere wants to see ROI.

If they don’t, then we’ll have a global corporation (and their ad agency, potentially) pronouncing that “social media doesnt work” to anyone who will listen.

Bottom line: They want to see Old Spice fly off the shelves.

I just don’t know, but I doubt it.

Unlike the Will-It-Blend campaign, which demonstrated the toughness of Blendtec’s blenders (essential for the market they serve), this campaign only shows that P&G’s marketing firm is smart, clever and fast on their feet – and there’s nothing wrong with that.

Don’t fall into that trap, no matter how clever you are.

REQUIRE that your marketing campaigns return a trackable ROI, no matter what the media.

Update: This morning’s article in Fast Company (online, of course) discusses a little of the behind-the-scenes for these videos as well as addressing the question I discussed here today – translating all of this into sales:

Update: Mashable comes up with some hard numbers related to the videos…but no sales info.

I’m still following this. We’ll see if they have devised a means of bringing this home to the cash register.

3 replies on “Are you wearing Old Spice this morning?”

Are you wearing Old Spice this morning? [link to post]

Are you wearing Old Spice this morning? [link to post] (Updated)

I’ve thought about this a lot as well. IMO, what Old Spice has done is great and legitimately entertaining, and they’ve without a doubt reached out to a large group of people in a small time span. But then again, a big part of their exposure is most likely entirely useless in terms of actually selling their product. 10’s of thousands of preteens looking to kill some time on YouTube is a lot different than 10’s of thousands of younger men shopping for deodorant.