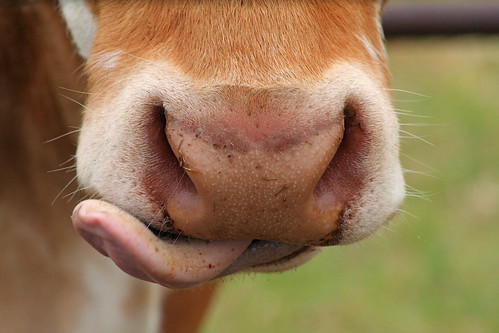 The legislature is considering placing additional limits on the production or sale of locally grown meat, including the meat of wild animals.

Backing this legislation is the Corporate Grocers Association, which serves the interests of corporate grocery chains across America.

The proposed law also places strict annual limits on hunting and fishing since those activities impact the meat sales of CGA members. Catch and release fishing will not be affected since it does not affect meat sales.

CGA public relations officer M. A. DeUpnaam said “This legislation will protect our members and their employees from the predatory practices of micro-ranchers, predatory local hunters, people who selfishly decline to practice catch and release fishing, as well local butcher shops and meat processors who specialize in processing and selling locally raised meat products.”

The action was taken at the request of a local CGA grocer after their newspaper reported that “425 whitetail deer, 64 mule deer and 58 elk” were harvested in his market area during the first three weeks of hunting season. After calculating how much that wild animal meat could cost his grocery in lost meat sales, he convinced the Association to step in.

History on CGA’s side

In prior sessions, the CGA has been successful in lobbying for protection of their members. Butcher shops and meat processors are limited to 10 retail sales hours per day and may sell no more than two pounds of meat per day to any single customer. Micro-ranches are allowed to raise no more animals than would produce 10,000 pounds of meat (for retail sale) annually.

If the 10,000 pound limit is exceeded during the calendar year, the business must shut down retail sales for the remainder of the calendar year and curtail production so that the limit isn’t exceeded the following year. Producers who exceed the 10,000 pound limit more than once will be required to cease retail sales permanently. Of course, they’re still allowed to sell their meat to wholesale buyers.

CGA members are deeply concerned by the rapid growth of the microranch business, despite annual production limits placed on them. It’s not hard to see why: 100 new micro-ranches operating at maximum capacity in a single state would mean one million pounds of meat is available for purchase in that state – meat that wasn’t previously on the market. Add that to the previously ignored volume of wild animal meat produced and it’s no wonder the legislature is getting grilled by the CGA.

Microranchers and local butcher shops contend that they do not compete directly with CGA members because they produce a premium quality, high-priced product that the typical grocery shopper doesn’t buy at CGA member stores. CGA spokesperson DeUpnaam countered that assertion, saying “Every pound of meat sold by a local butcher shop, regardless of price or quality, is a pound of meat not sold by a CGA member. It’s a zero sum game and corrective action is necessary to return things to the way they were when our members established their businesses.”

Organic farms and local gardeners are monitoring this legislation closely, concerned that the legislature might decide to place limits on the sale of locally grown produce.

Community farmers markets are also watching and wondering about “corrective action” targeting their markets. Because they take a small cut of the sales made by a local butcher shop or gardener at their events, they too could become subject to the annual sales limits. While they have never lobbied a state legislature before, the organizers of 14 farmers markets in this area met last weekend to discuss sending a representative to the state house to monitor the situation, and if necessary, plead their case.

Yes, that’s a made up headline and story line – but it isn’t quite so fictional if you own a microbrewery or craft brewery business in Montana.

Update:Â After receiving substantial feedback from constituents, the committee in charge of fine tuning and releasing HB616 to the Montana House thought better of it and unanimously voted to table it. The committee also unanimously approved a study bill that is intended to get all parties involved in “fixing” Montana’s licensing laws in time to bring a palatable solution to the next legislature.

There is a movement similar to this in our state congress to add such restrictions to micro-breweries. The first bill was pulled, but I’ve heard that another is in the works. Follow the money and all will become clear.

Tom – that’s exactly the legislation I’m referring to. LC1429 is the draft legislation (no pun intended).