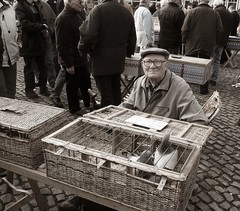 Shane Pike put together a great piece about selling a website for serious money (he should know), and I think several of the points he makes also apply to selling a small business.

As such, it appears here today as our guest post. Enjoy.

If you strongly prefer a G or PG post, this isn’t going to be your favorite guest post.

Or maybe it will.

You may know him from his cartoons, which he pens under the name Gaping Void.

What I will tell you is that even if a few four letter words bother you, you’ll be better off reading and discarding them because quite frankly, this is a pretty important read to any entrepreneur or wanna-be entrepreneur.

There are few things more valuable to a small business owner or entrepreneur than “airplane time”. In Montana, you can also call it “windshield time”, but I’ll explain that in a minute.

“Airplane time” is time that you have to yourself with no substantial external stimulus such as emails arriving, faxes coming in, phones ringing, people walking into your office, and so on.

Even though you have thousands of people milling around in an airport, or a few hundred on a plane, you can block them all out almost as if they don’t exist. Yeah, even that poor mom and her earache-laden kid in 14B who is howling his lungs out.

That airport/airplane kind of focus is sometimes hard to come by when you own and run a business, but you simply must find it, or create it.

Think back: What circumstances were you last involved in when you had an hour or two to just… think, without any interruptions.

A few years ago when I was incredibly busy and pulled in even more directions than I am now, I noticed that my best thinking happened on airplanes. I’d get off a 3 or 4 hour plane trip with a yellow pad full of notes, itching to implement changes or create this new service or product.

And it scared me.

For a while, airplane time remained my best thought time even after 9/11. Despite the way that air travel has been dehumanized and turned into a B-movie bus trip, I still find that my time in the air is extraordinarily productive. It’s the sterile, no wifi, no phone, OK-to-zone and ignore-your-neighbor environment.

In 2007 and early 2008, I found myself driving to Billings once a month for some coaching meetings. That 7-8 hours of driving each day of those trips gave me almost 2 solid days of serious thinking time each month.

Part of that comes from not having decent (or any) cell service along much of the drive. While at times that could drive you crazy, it was great for insulating you so you could get creative.

Outside of the tourist season (June/July/August), you can drive that 14-16 hours and stay focused as the only interruptions are dodging deer on the road and the occasional blizzard (which numbs the external stimuli even more). Not to say that no one is on the road, but things are sedate enough that you can really focus on creative thought – and still stay on the road.

These days, I find other ways to insulate myself and get that thinking time in. Once you get used to having it, losing it scares the pants off of you.

How are you getting this time nowadays? Or are you?

If you aren’t, figure out a way to get it. If you don’t get the big chunks of time, it wouldn’t surprise me to find that you aren’t getting smaller bits of thinking time either. Trouble is waiting for you if you aren’t.

You don’t have to look far to find people who will find 100 reasons why you shouldn’t do what you’re doing in your business (or what you plan to do).

They’ll throw every possible thing at you that can go wrong. Thank them under your breath if they mention something that you hadn’t considered in your plan, but don’t let them get you down.

Remember that some of them probably haven’t built anything of their own. What extends beyond their comfort zone will color their remarks, and will often be irrelevant to you. Those who have built something of their own look at life and business differently.

Allowing folks with that outlook to project their attitude onto you isn’t going to help you succeed. If it’s a consistently negative stream of BS, just leave. If you can’t leave (eg, they might be family), change the subject and don’t talk about business with them.

Jim Rohn once said you’re the product of the 5 people you spend the most time with. OK, Jim really says that every time he speaks, but whatever:)

Are those 5 people being supportive? Asking good questions? Sharing things that have been successful for them, in hopes that you might be able to get some use out of it?

Or are they constantly picking away at you, your ideas and your business as if they were some sort of karmic woodpecker?

Find people who will help you by asking good, tough questions, not those who will chip away at you and your ideas just because it’s what they do. When the chippers chip away, the best thing you’ll get out of it is motivation.

When I announced our move to Montana, someone told me we’d be back in 6 months. I remember it like it was yesterday.

I was listening to Sam Clark this morning and he was talking about a group he surveyed about their business habits and noted that 86% of the people surveyed had no plan.

We talked about this when I first heard this comment from Sam a few months ago, but didn’t really press the issue.

Dan Kennedy calls it the “Monday morning reinvention” – where people show up at work Monday morning and start all over again. They sit down, they get coffee, and then they start figuring out what they need to do that week, at least until they’re distracted by a few joke emails or a link to someplace that takes them somewhere else until it’s “suddenly” lunchtime, or mid-afternoon.

Would it shock you to look across the room at 100 people at today’s Rotary Club meeting or Chamber of Commerce lunch and find that only 14 of them are working a plan to get where they want to be.

We all know that you have to plan in order to achieve what you want, so why do so few people do it?

Start today. Don’t give me that “one of these days” comments, or “I’ll start on it next week, it’s too late for this week”.

Do it now. As soon as you finish reading this post.

Why now? I already know you aren’t working – because you’re reading this:)

If you aren’t working a daily or work week plan, take 15-30 minutes or however long it takes and figure out what your most important achievements for this week will be.

Now take a few minutes and figure out what the first few steps are to work toward each one, and start on them. NOW.

As you finish those first few steps, figure out the next few, and then knock them off.

At the end of the day, spend a few minutes planning tomorrow. Repeat it the rest of the week at the end of each day.

If you *are* one of the 14% who are working a plan, don’t forget to re-assess where you are at the end of the day, adjust as necessary and stick to it.