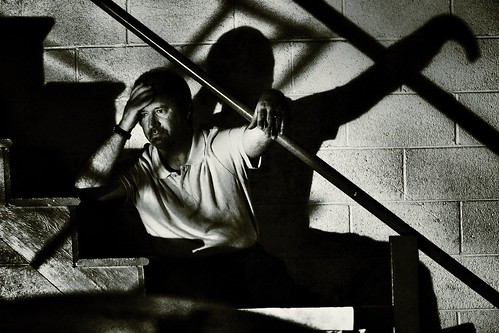 Dan Kennedy is known to say something to the effect of “If I wake up at 2 am thinking about you or your business, you’re in trouble.”

For me, the “are you worth it?” measuring stick is often drama-related.

Drama happens. It’s part of life. On the other hand, if you intentionally generate drama when it isn’t necessary (is it ever?), your effectiveness/ROI aren’t what they should be.

If a vendor introduces unnecessary drama into my life, that vendor is the next one I replace.

If a contractor or staffer introduces unnecessary drama into my life than they are worth, they are the next one I replace.

You may say you’re set in your ways, crotchety, fussy or whatever – regardless of your age. All of those are excuses for things you can change about your business persona.

Keep in mind that no one searches Monster.com looking for crotchety people who are a pain to work with.

It doesn’t matter whether you’re the leader, the newbie, an employee, a vendor, a contractor or a temp – if you’re creating this sort of environment around you, you will either drive people away from you or you’ll provoke them to “offer you an opportunity to seek work elsewhere”.

Not being a drama queen (or king) doesn’t mean you don’t report/discuss problems or enter contentious discussions. It means that you don’t turn them into an episode of “Real Housewives of Orange County”.

If you manage the drama makers and fail to address the environment they’re creating, you could lose the best people on your team. Not only do they not want to deal with that stuff, because they are your best, they can easily find another opportunity. Think about how it would hurt to lose your key person in any one department *tomorrow*. Now think about what happens if you lose 2 or 3 of them – all because you wouldn’t take action

Yes, there are customers who introduce as much drama as the “Real Housewives”.

Ultimately, you can either feed this beast, tame it or slay it.

If you feed it, you’ll repeatedly have to deal with their drama.

Every contact with this kind of customer which goes “untreated” has a cost.

That last one is really dangerous. These customers can be more invested in their work than is typical, which is what drives their drama. If their concerns are discounted because of their emotional baggage, you could miss something quite critical.

If you tame the customer’s drama, you’ll get better customer relationships from it. If you keep at it, you can usually change their attitude.

I’ll always remember a classic conversation my support manager (Hi Julie!) had with a frequently cranky customer. He was a nice guy, but he’d get more excited about an issue the more he talked about it. As he worked himself into more and more of a frenzy, she stopped talking about the problem they were trying to solve. In a calm, quiet voice, she asked him if he was upset with her. He said no, realized what he was doing and they resumed the conversation without drama. Without the infection drama brought to the conversation, the situation was quickly resolved.

That customer became one of our advocates, and was someone who referred his peers to us as new customers. Yet he started out as one of the dramatic types. The kind you didn’t want to call back.

That leaves the beast you must slay. Like vendors, contractors and staff, you’ll eventually encounter a customer who must be fired. The cost of dealing with them is too high. You’ll know when it’s time. The benefit of not having them around will far exceed the revenue.

Bottom line: Be the professional who doesn’t make people’s lives more complicated, dramatic or contentious. Even better, be the one who defuses those situations.

NOT to interrupt when someone else is speaking?”
Yep, another Apprentice on the DVR tonight. This one: the Pollo Loco episode.
Lame marketing (assuming there WAS some), lame product choice but worst of all – a person who just insists on interrupting Trump. And Sean. Or Trump’s kids. Or anyone else who feels the need to speak.

Look, I dont care if you’re sitting across the table from Trump, a tramp, or a chimp: Its just rude.

Oddly enough, I dont think Ive seen an Apprentice series yet (but I havent seen them all) that HASNT had someone who just insists on repeatedly interrupting Trump when he’s speaking in the boardroom – and often, when he’s going after someone else or defending the person who interrupts him.

I’ve fought this as much as anyone, but I dont think I’ve ever seen so many, so persistently rude about it as I have on this show.

Don’t think its rude? Study the look on someone else’s face when you interrupt them. Or just ask them.
No wonder they’re fired.

I record the Apprentice on the DVR. No idea when it comes on, no idea when its over, I just look to the DVR. Cuts out the details and lets me view on my schedule, not the Donald’s 🙂
I watch it because there’s always a marketing or business lesson there somewhere.

The episode I saw last night had Trump splitting the losing team into 2 teams and pitting them against each other in a quest to make the best tour of Hollywood.

The losing team simply couldnt have been more spastic. The leader was trying so hard to get 100% support for every decision that she proved unable to make a decision. Trying not to get fired is a great way to be so lame and boring that you get fired anyway. Pulling an all nighter to figure out a bus tour? They had some challenges, namely feedback from a microphone that should have derailed them for a moment, but instead seemed to infect their tired minds. They were clearly out of their league. Im a little surprised that Trump didnt fire them all, but that would shorten the season a bit too much, I suspect. The team leader ended up quitting, despite a lecture from Trump about quitting and regretting it later. She probably would have been fired anyway, but instead of fighting, she chose to quit.
The winning team clearly got it. They had the Laker Girls meet the bus, sign autographs, they had water and popcorn on the bus and the smartest move of all – they had James (the Internet guy) ride the regular tour bus ahead of time so that he could experience it and ask the customers on the bus about their experience. Seems like a simple thing but that little thing is what changed the direction of the experience that they provided for their riders. Little things. The slight edge. They realized that the driver’s stupid jokes needed to be managed (ie: eliminated).

On episode 2 of the current Apprentice, the losing team – and Carey in particular – made a classic product/marketing mistake.

The task? To sell swim suits to a group of buyers.

Carey was placed in charge of the men’s suits and made the unfortunate mistake of designing what he called a “gay suit”. Maybe it was, maybe it wasnt, but the bottom line was that the suit was not suitable for a large portion of the swimsuit market because of its size. The color was different than most, but not really out of line.
Carey’s bigger mistake was not chilling out in the boardroom. Rather than letting the project leader not take the heat for reining him in on that one suit design, he chose to defend the suit…to a fault.

I think it got him fired because he was so overbearing and so insistent that his claim late in the boardroom that he didnt steamroll his team to make the suit was clearly inconsistent with his behavior in the prior 5 minutes of the show (noting that the boardroom sessions actually last several hours).

Had he kicked back and let Trump and the crew go after the project manager for not taking control of Carey, I think its likely he’d still be on the show. It was clear that they were starting off on her, but Carey’s overbearing sales pitch to Trump did him in.