Yesterday, we talked about backups.

Did you do anything about it?

If you didn’t, think about this: What would happen to your business if the hard drive containing your customer list, orders, accounting and communications with customers and vendors failed? What would it cost if you lost that data?

I asked startup CEO Doug Odegaard from Missoula for a quick angle on the cost of not keeping good backups. He said “Add up how much people owe you and how much it cost to build your business and that is how much it is worth.”

Pratik, a tech business owner from New Jersey who also owns a restaurant, added this: “and don’t forget the good will and revenue loss until operations can resume again“, then reminded me of his experience with a fire:

“Mark, if you recall when we had the fire caused by lightning at the pizzeria, I had the entire customer base with purchasing and sales history synced to my home. Insurance company had the first check cut in 10 days of the claim. This practice is so important. We had our standing corporate catering resume in one week from an alternate commercial kitchen which kept revenue coming in as well as routed our VOIP phone service to my mobile for those customers that tried calling. Made recovery a bit easier.”

That metric Doug offered merits consideration. If you can’t wrap your head around the cost of starting over, doing inventory from scratch, calling all of your customers (assuming you have their contact information somewhere) and asking them to tell you what they orders, how much people owe you and so on, then ask yourself this:

How would you like to go back to the day you started your business and start over?

Ask your insurance agent how many businesses survive a fire or flood if they don’t have these things taken care of.

Note: I am blogging on behalf of Visa Business and received compensation for my time from Visa for sharing my views in this post, but the views expressed here are solely mine, not Visa’s. See full disclosure at the bottom of this post. 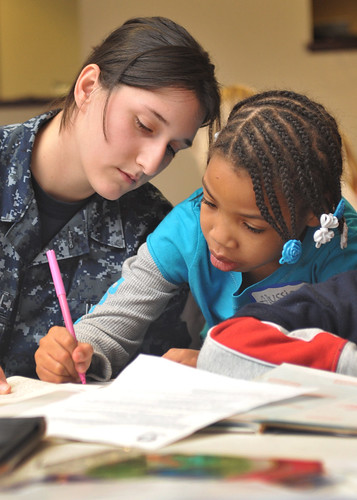 Thanks to the kindness of a few people and a good mix of intent and luck, I’ve been fortunate to meet a number of people that I consider mentors or significant influencers.

In several cases, I’ve managed to work with them in person, via email or phone calls.

More often than not, I meet them at conferences – but not at conferences related to the industries I work (or have worked) in. That’s where the intent and luck take over.

Each of them have something in common: Without hesitation, they can name a mentor who was instrumental in getting them on the right path in their earlier years. They all struggled, and in some cases, did so mightily and more than once in their lives.

At their level of achievement, the fact that they can point to a mentor who was instrumental in their success is a critical lesson. It’s one each of us should take away from observing what makes high-achieving people tick.

None of them claim to “figure it out” on their own – even though they specialize in a particular area of business and have substantially raised the level of “play” in their respective specialty.

If these people managed to find and learn from mentors, shouldn’t all of us?

Why do entrepreneurs need mentors?

You might be wondering why you even need a mentor.

Where do you get these things now?

How do I choose mine?

I’ve found that you don’t often choose them. In fact, sometimes they happen to you or someone brings them to you. There’s a lot of “when the student is ready, the teacher will appear” going on when it comes to mentors.

It can take serious effort to find a mentor. You might have to pay them. Don’t cheat yourself on this – the results from working with the right mentor can (and should) be worth at least 10 times your investment – hopefully more.

Here’s the things I look for:

What would you look for?

What about other influences?

Other influencers come from outside the business world, or their influence has little (if anything) to do with business. For example, Hildy Gottlieb has a habit of making comments that provoke me to think differently and before long, that thought bubbles up and provokes some of my sharpest clarity in discussions that end up helping her. While our relationship is not at all about business, business tends to be the context where I process our conversations – at least initially.

You might think you don’t have any business mentoring someone, but that just isn’t true. There are always people who need advice, a little wisdom, some clarity and an occasional poke in the ribs. Make yourself available to someone – it’s likely to improve far more than their life. More often than not, it’ll make you reconsider some of your own struggles, even if they are worlds apart from the person you’re mentoring.

DISCLOSURE: I am blogging on behalf of Visa Business and received compensation for my time from Visa for sharing my views in this post, but the views expressed here are solely mine, not Visa’s. Visit http://facebook.com/visasmallbiz to take a look at the reinvented Facebook Page: Well Sourced by Visa Business.

The Page serves as a space where small business owners can access educational resources, read success stories from other business owners, engage with peers, and find tips to help businesses run more efficiently.

Every month, the Page will introduce a new theme that will focus on a topic important to a small business owner’s success. For additional tips and advice, and information about Visa’s small business solutions, follow @VisaSmallBiz and visit http://visa.com/business. 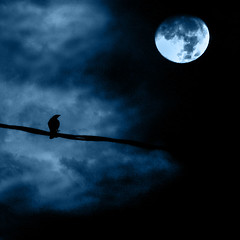 You might be aware that the Google Fiber for Communities applications are due Friday.

And yeah, I’m a little annoyed about it.

See, I watched the “big city” media interview local internet providers in Bozeman and Missoula and managed to avoid throwing shoes at my monitor as I listened to their management universally declare that there was more than enough bandwidth in place already.

This self-serving response came when they were asked to react to the Google Fiber applications filed by Bozeman and Missoula.

This Google project has communities all over the U.S. applying to be one (or more, perhaps) of the lucky communities where Google will install one *gigabit* internet service.

Once built, it won’t be free, but it’s a little crazy to think about what that kind of bandwidth would mean to business, education, industry and so on.

One gigabit internet service. One billion bits per second.

Currently, I use Bresnan’s 15mb/second (15mb down, much much less up). Given that 10 years ago, we were on dialup here in Columbia Falls, things could definitely be worse.

On the other hand, to listen to these people say “we have all we need” makes me want to trade their regular coffee for Folger’s.

Google’s fiber is supposed to be roughly 100 times faster than the average best speed (across all local providers here) that you can get now.

If I could safely drive the 140 or so miles to Missoula 100 times faster than I do now, I could get there in 15 minutes.Â Would that change the economy of your area? Probably.

BUT that’s really only 10 times faster.

At 100 times faster, I could be in Missoula in slightly more than 90 seconds and Billings or Seattle in less than 5 minutes. Thanks Dr. Porsche!

“What would you do with that kind of bandwidth? You can’t even use it all.”

So what *would* I do with all that bandwidth?

Here are a few people who’d impacted by it: radiologists, remote medical clinics, telecommuting programmers, doctors (especially remote ones), graphic artists, video editors and other creative types, corporate educators, K-12 and other educators, among others.

Oh and maybe something related to that health care bill a few people have been talking about.

If you take that bill and you shake the business out of it, you’ll find a massive pile of programming projects and medical technology opportunities.

Remember how things changed when “everyone” could afford a refrigerator?

Consider that effectively removing (for now, at least) the impact on work and more importantly, the design thought process, if bandwidth constraints were no longer a design consideration. Kinda like someone inventing a cheap fridge and giving it to a caveman.

Jobs. Someone has to manage the geeks. Someone has to feed them. Sell them a car. Run their servers. Plow their parking lots. Build their homes. Teach their kids. Pour their beer. Serve their meals. Drive their families to the airport. Do their taxes. Divorce them. Marry them. And so on.

Oddly enough, situations like this tend to mushroom. Some of those people quit the companies that brought them here and start something more important (to them, and maybe to us).

If it seems like a long shot, consider what happens if the community that gets that service happens to compete with 6 (or 60) of the best / biggest / strongest / most innovative employers in your area.

Suddenly, that community is the hottest thing going. It’s in the news. Confidence there soars. Home prices start to rise, allowing upside down homeowners to get out if they want. Everyone wants to move their business there. All that stuff.

Coulda been your town. 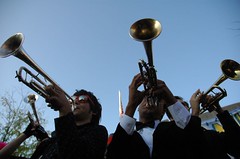 Today’s guest post is more than one read, instead it’s a series of over 100 podcasts from Harvard Business Review’s bi-weekly production called IdeaCast.

Click here to subscribe to HBR’s IdeaCast (Note: This link will take you to iTunes, which hosts the free podcast)

Each episode is about 20 minutes and they are audio-only, well worth syncing to your mp3 player and listening as you mosey about.