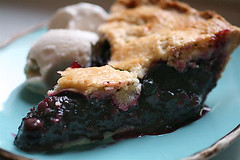 Historically, my Scout troop does ok on our annual popcorn sale fundraiser.

The guys have done well enough over the years that a number of them managed to pay for their campouts pretty much year after year.

One of them had earned enough to buy himself a super nice down sleeping bag good down to 40F below zero. He likes to hunt in the backcountry all winter, so it was a good purchase for him.

On and off, a few of the guys did really well, reaching the scholarship level, where a percentage of their sales is put in a scholarship fund by the popcorn company.

The last 2 years, we tried a special incentive to get the boys motivated each week.

Each of 3 weeks of the popcorn sale, we offered the top seller for that week a crisp Benjamin (Yes, a $100 bill) if their sales reached a minimum level.

Our sales were ok, especially given the age of the troop, but when $100 bills dont motivate a teenager who has gasoline needs, we knew we missed the boat.

This year, we had a new-to-the-troop mom in charge of organizing our popcorn sale.

In addition, we haveÂ a number of new guys, so we expected the total sales to rise.

Still, we wanted to motivate them so they’d be able to pay their Scouting-related expenses over the year without asking their families for money. Times are tight in our little town, so every little bit helps.

Our new popcorn chairperson had some fresh ideas. She had get out of doing dishes on a campout coupons for minimum weekly sales and a big carrot for total sales over a certain amount.

The carrot? Getting to throw a pie in my face.

I’m the Scoutmaster. Tossing a pie in my face is a big, fun treat for a boy. Of course, I dragged my Troop Committee Chair into it. I wasn’t gonna meet the pie(s) alone, after all.

TEN boys qualified to throw a pie. That’s ten boys who exceeded our average sales-per-boy goal by $200 or more.

Our troop’s total sales were up NINETY FOUR percent.

I have a number of boys who struggle to fund campout expenses, gear and what not. Pie motivated them to work to pay their own way, a lesson worth learning.

Now I get to face 10 pies next Tuesday, but it’s worth it knowing how many boys don’t have to worry about campout expenses (and then some) for at least a year.

A $100 bill isn’t real in the world of many 12-15 year olds.Â They had trouble grasping the idea of Â (and getting fired up about) something they’d never owned (and some had never seen), so they didn’t feel any motivation for it.

But…a pie in the face of an adult authority figure? That’s golden.

What are you doing to motivate your staff? Your customers?

Your job is to set your mindset aside long enough to find out what’s important in theirs.

5 replies on “Motivate them with pie”

Thinking harder and more creatively about motivation is very wise. It is best to kindle intrinsic motivation. Throwing pie in someones face may seem like immature intrinsic motivation (but it is the kind of thing that not just 15 olds enjoy). It is often opening the door to fun that is most useful to motivation. Money doesn’t do that. Some people may try to outdo others with great Halloween costumes for a cash prize, but many more people would get in the spirit just given the excuse and be much much more motivated than those seeking some cash prize.

Great post on the realism of benefits and appreciation of benefits. A similar story was of a boss who used to buy bacon sandwiches for his staff on pay day. It started as a treat but after a couple of months his PA was getting buried by specific requests (I want brown bread, red sauce and no butter).

The lesson was that rewards should be special to be appreciated.

Interesting points. You would have assumed the $100 would win every time, but you’re right, it’s just not “real”.

this goes to show how it’s important to consider how other people see the world – not everyone thinks like you do.