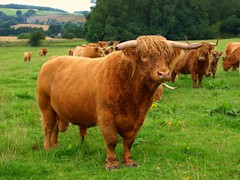 Tonight I managed to get around to looking at the raw footage of CPSC spokesperson Vallese’s interview with KBAL (Baltimore) regarding the CPSIA.

The reporter did a nice job of trying to pin her down on specific issues. It was a shame that the interview ended without a discussion of component testing or homemade products for kids.

The whole interview was more or less about the impact on thrift stores.

A few quotes stuck out in the seven minute video.

“That law is not defined”

The reporter asked Vallese how thrift stores like Goodwill and Salvation Army are supposed to deal with the CPSIA. Vallese replied that testing is not required by thrift stores and resellers, but thatÂ  “there is a lead level limit of 600ppm that has to be met”.

When pressed on how a thrift store is supposed to figure out what to do (in the face of that apparent contradiction), her comment was “that law is not defined”.

I felt it was too bad that the reporter didn’t ask her “How do you enforce a law that is not defined?”, but she did continue down a parallel trail, pressing the CPSC spokesperson for a usable strategy for thrift store businesses.

“a level of confidence”

At that point, Vallese indicated that the business owner needed to arrive at a “level of confidence” regarding the lead content of the products they are selling. The reporter clearly wasn’t satisfied with a partial reply and repeated the question a bit differently.

Vallese replied “they simply need to make a business decision at a level of confidence that the products that they are selling meet the law.”

When asked how they could determine if items met the law, the reporter pressed on, asking what Vallese would suggest to arrive at an acceptable “level of confidence”.

“they can look at it and make an informed decision”, “they can call the manufacturer”, or “they can test”.

Gee, that’s pretty helpful. I’m no lawyer, but I’m guessing that isn’t something I want in my arsenal when I go to court:

“Well, I looked at it and made an informed decision. I tried to reach the manufacturer of this 9 year old item (who was in the Philippines) but they didn’t reply. I didn’t have $38,000 for a XRF scanner and I can’t afford to send every piece in my store to Jennifer, so Vallese’s ‘informed decision’ was the only option I had left. Have mercy on me, your honor!“

“screening but not a deciding measure”

That opened up the discussion of testing (again, a shame that the issue of the cost of testing did not come up).

When the reporter asked about testing technology, Vallese indicated that the suggested screening technology is XRF.

When pressed about how the CPSC uses XRF, Vallese indicated: “We use XRF technology as a screening tool but not a deciding
measure.”

Wasn’t that useful? You can use it, but we don’t make decisions based on it.

As I noted a few days ago: Motrin and many others have learned this lesson the hard way. They could have avoided all that simply by asking the nearest married man.

Husbands like myself already know the “DONT TICK OFF THE MOMS” rule. Not only has the CPSC torqued the so-called mommy bloggers AND the moms and others who own businesses affected by the CPSIA, but they’ve called them out by specifically insulting them.

I think there must be a tad too much lead in the paint in the CPSC offices. Maybe that’s why Vallese resigned.

Well you KNOW I have plenty to say, but I’m trying to save my strength for the REAL fight, when we actually get this craptastic (edit if you need) piece of legislation repealled.
I’d put this “interview” in the “totally useless beauracratic doubletalk” file and get back to figuring out how I am going to stay in business. Lord knows I don’t want to be a “mommy blogger” *eye roll*
I also applaud your choice of photo-very appropriate

I too watched the video and I almost pulled all the hair out of my head as I listened to her um own words. She did not make anything clear for me – and to LOOK at something and make a decision…I already know my products don’t have lead in them, isn’t that good enough? I have a huge problem that the focus is on the thrift stores and not us small business owners that will be forced out of business. So frustrating – at least your post was funny…..I will link/tweet/spread it around!

Nice round-up on the video. I was speaking to someone on a resale message board and they mentioned the plant seemed to have the look of a marijuana plant. Had to go watch the video again…

I do feel that there are some who do not know the power of the internet… I was insulted by “blogging momies” statement… Wasn’t it Sarah Palin who put down bloggers sitting at home in their PJ’s?

Um, the “bloggers in their PJs” was part of the Rathergate thing, during the 2004 election, WAAAAAY before Sarah Palin. Not every stupid quote in the universe came out of the mouth of Palin, you know.

I was insulted too. I’m a mom and I blog. I also own a business, have a Master’s degree, and make my own cheese. I go from changing dirty diapers to accounting to photography to coding and back to laundry while I think about how I’m going to retool my recipe for milk-free hot cocoa mix. I tend special needs children and teach college level mathematics and make love like Aphrodite. I am NOT “just” a “mommy blogger;” I am a f—ing AWESOME goddess of a woman.

Sarah, if that comment doesnt get people’s attention, I simply don’t know what would:)

The video is incredible. That she’s resigned is no surprise.

This is historic! Do you realize this is the FIRST time ANYONE from CPSC or the gov’ment has gone in front of a camera (much less appeared in a photo) talking about this issue! This means we are getting somewhere – err….though don’t know exactly where that is. This poor sacrifical lamb – she’s oughta there on Friday (resigned) – so no wonder they put her a** on TV – probably why she has the attitude. It’s us ‘mommy bloggers’ (and I don’t have kids but I guess I am one as I’ve been glued to my computer for weeks) that put the pressure on that resulted in this. Any semi-intelligent person can see right thru this.

Love the wrap-up Mark – love the picture – and the plant behind her in the video is a false aralia I believe – does look like a pot plant! Have they tested it for lead?

Wow . . . Don’t really know what else to say other than “thank you” Mark for the link to the video which I had not seen.

And I start my day out as one pissed off angry “mommy blogger.” And I’m right there in agreement with Wacky Hermit. I too am ” a mom and I blog. I also own a business, have a Masterâ??s degree, and make my own cheese childrens clothing.” I go from wasting timereading about this silly law can writing/calling/emailing legislators to serging and sewing like no body’s business, walking the dog, cleaning house & laundry, back to more sewing and serging, photoshopping photos & coding my site,grocery shopping and making dinner, some more sewing and serging and yes, even more time spent angsting about the CPSIA.

I don’t know what’s wrong with y’alls comprehension but maybe this “transcript” I found of the Julie’s interview will make things a bit clearer for you :).

Do they hear themselves? I’ve been LOOKING around my house all morning trying to make my kids safer.

So, let’s see resale store owners have the magic gift of SEEING lead, but everyone else must test. The moms who brought in their tuts made of tulle and satin ribbon – they can’t just look, so they have to test and the mom who brought in some terry and cotton burp clothes – again, poor woman she was not born with my special abilities either and has to test.

I feel like such a special “MOMMY” today although I don’t blog:(

[…] to a tip from Mark Riffey, the tubes are awash with the news of a seven minute interview of Julie Vallese, former (effective […]

Oh Kathleen, you should have warned us! I clicked the transcript and just blew diet coke all over my monitor laughing!

Oh, this is going to be sooooooo much fun peeps. They really stepped in dog dirt this time didn’t they? What utter, complete idiots we employ.

And, I don’t have kids (except if you count my 30 some employees that act like them sometimes and might lose their jobs on Feb10) but I too am an awesome goddess of a blogging head woman!

Yeah, specifically insulting Mommy bloggers for THEIR fiasco was like a nail in the coffin of an already ridiculous mess. It just proves that she not only has zero tact, she isnt really that smart.

In fact, I would even say that I thought she made teh whole thing less scary and more like Sesame Street in charge of national security.

Ya gotta feel for the woman, thanks to this interview her future in PR is likely in jeopardy. Worse, this stupid law means she can’t forge a new life by selling kid’s stuff on Etsy. Perhaps she can get a job as a lead diviner at a thrift store.

“I think there must be a tad too much lead in the paint in the CPSC offices.”

No…not lead….what’s the plant in the background in the video?!! 😉 Back away from the bowl please.

Yes, this ‘Mommy blogger’ doesn’t need anymore more fuel to her fire or to be torqued anymore. My day in this cold weather will be spent burning up the phones like to every DC office I can contact today.

Unfortunately I must be one of those rare childrens resale shop owners without that special gift. Since everyone knows that Superman can see through everything except lead, however, do you suppose he might be available?

[…] disparaging things have been said of the “mommy bloggers” who’ve done so much to raise alarms about this law. Because, as […]