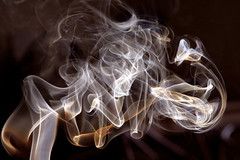 Last week after I left for a winter camping trip with the Scouts, a letter to CPSC Chair Nord came flying out of the House from Waxman, Rush, Pryor and Rockefeller. I just got to the letter this evening, and it’s worthy of comment.Â

You can read the Waxman-Rush letter to Chair Nord here.

Many of the proposals in the letter sound like they are listening, such as their suggestion that the commission approves component testing and that the CPSC’s commissioners get off their duffs and make some firm policy decisions.Â Having the general counsel issue non-binding statements with words like “may” when it comes to certain types of testing isn’t helping anyone comply with the law.

No one really wants exemptions and component testing is a good happy medium for many smaller vendors, but there are plenty of other decisions to be made, both by the CPSC and by Congress. Once Tuesday’s lovefest ends, it’ll be time to get down to real business – like fixing this law or temporarily rescinding it until it can be fixed so that it provides the safety needed without crushing small business.Â

As Kathleen Fasanella suggests, “small business” Â is in the eye of the beholder. That 500 employee small business designation by the Small Business Administration has long been a joke.

What I wouldn’t suggest is that this letter is an all-clear after the tornado. The pressure on Congress and the CPSC must remain if they are to take action that is of use to kids’ safety AND to small business.

2 replies on “Smoke, mirrors or an honest effort to fix the CPSIA?”

Here’s the problem with having the Democrats who wrote this bill order the current Commission to get off their duffs and make some firm policy decisions:
ALL their decisions have a short expiration date.
The Commission is supposed to have three members, not two. In 2006, the third member resigned, and the Democrat Congress refused to approve his nominee, so he stopped trying to appoint the third member.
The Democrat Congress voted to extend the legitimacy of a two person Commission until August of 2009. Then they voted that in 2009, it would become a five person Commission.
Therefore, President Obama will be appointing three new members, if not replacing the current two altogether, making an entirely new Commission (he has that right, of course).
The new Commission will have the authority to completely reverse whatever the current commission decides. And Rick Wolenberg (sp?) posted on his blog that he’s been told the current Commission has requested to meet with the Democrat authors of this bill to get some clarification, and they have refused, although they don’t want that made public.

Here’s why I think this matters: Rush is a primary sponsor of the bill. Waxman, too. These two know perfectly well what’s wrong with it, Nancy Nord TOLD them back when they were passing it (that’s in a New York Times Article at the time)-

Rick Woldenberg says:
“My sources tell me that at the Congressional staff meeting on Friday Jan. 16 held to clear up “misunderstandings” and “confusion” under the CPSIA, staffers apparently stated that no changes would be forthcoming in the law (aha, that clears everything up quite nicely), and that somehow this law is just a “safety net” for products. [That last remark is fascinating – I don’t recall them characterizing the CPSIA as toothless in public. Are they saying different things to different people, depending on the audience? Now I AM getting confused.]

Even more outrageous, unnamed staffers are reported to have stated that no hearing would occur until an additional CPSC Commissioner was appointed, and that CPSC would be “unable” to appear at any earlier hearing. In other words, they have no intention of holding hearings in advance of the February 10 implementation date, despite the reams of data they possess on the many serious problems their law is causing. Actually, it is my understanding that the CPSC has requested such a hearing, but that request apparently fell on deaf ears. Spin, spin, spin – and then tell everyone that all discordant views are misinformation or the confusion of [fill-in-the-blank] people. Finally, to cap it off, we understand that House staffers are simply “too busy” to attend meetings with industry and the CPSC to discuss the details of the real life impact of the law.”

It is the goal of the Congressional Democrats who wrote and passed this bill to make everybody blame the current Commission, and blind voters eyes to the fact that THEY WROTE THIS BILL and they passed it in spite of Nord and Bush telling them it had serious flaws. If you look at the Times article mentioned, they’ve been butting heads for two or three years on this issue. The people who created this mess WANT you to forget that they did it and blame the Commission, even while they are undermining the Commission’s ability to act. It’s discouraging to see how easily they are able to do this.

The bill’s sponsor was Bobby Rush, Democrat now pretending to be upset that the Commission won’t fix his mess, even while secretly refusing to meet with the Commission to clarify.
If he wanted this mess fixed, he has the power to fix it.

Seeing people to Waxman and Rush to ‘save’ small crafters is like watching a flock of sheep run to the wolves for protection while complaining about the (admittedly poodle-like) watchdog.
The watchdog didn’t do his job. He signed the Democrat bill presented him by the fili-buster proof (thanks to spineless Republicans) Democrat majority.
That doesn’t make the wolves your friends.

Just a heads up, this is not and will never be a political blog. It’s a business blog. As such, political discussions (and this comment is heading there in a hurry) are out of bounds here. Comments that do nothing but contribute political rhetoric and/or bluster will not be approved for public viewing.

That said, the law is politically agnostic – and this is the point I was trying to get across to you on Twitter: The CPSIA will just as easily destroy a Democrat’s business as it will a Republican’s and it will do so without a second thought to the politics of the owner.

As a result, it is up to all of us to fix it, regardless of our politics. Please…focus your energy on the phone discussing this law with your Senators and Reps, rather than wasting valuable time getting worked up about the politics of the law and its authors.