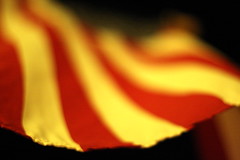 As I sat in the Montana House District 3 candidate forum last night at Discovery Square, my angle on “fixing” the economy was reinforced repeatedly.

As the candidates talked about the predominant concerns people have these days (jobs, the economy, taxes, education, roads) and, on rare occasion, the things that only politicians seem to care about, they only reinforced what I’ve said previously about the role of government (and the people) when it comes to economic development.

It’s on you. This isn’t their failing, it’s reality.

While there’s no question that the candidates care, and that they as representatives have some ability to impact job creation and retention – their most important role for entrepreneurs, small business owners and their employees comes as connectors and roadblock eliminators.

Serving that role as a connector might be all the kickstart a community’s economic development needs. Do your rep(s) and Senators connect or just spout?

I’ve made it clear before that I believe it’s your responsibility to fix your economy. By doing so, you’ll help others fix theirs.

Legislation doesn’t create sustainable jobs. The exceptions to that (like the stimulus) are temporary and require state or Federal money, a finite resource.

To me, a sustainable job creates value for the employer that they can profit from, pays a wage that doesn’t require a responsible person to work two jobs, and doesn’t end when the road, bridge or what not is completed.

Even if they *could* create sustainable jobs, our state house (much like your state or provincial government) has way too many other things to fix – and by that, I mean things they have the ability to address – for them to focus primarily on creating jobs.

Not to do it for them.

At a candidate forum where no one yelled and screamed (thank you CFalls), in a year when people ought to be showing incredibly high interest in who will spend four months in Helena next year, I counted 50 people in attendance in a room that has historically proven to hold 300.

Of those, probably 20 were candidates or their family members/friends. There were a few students there, some of whom were present and former students of the forum’s moderator, CFHS’ 10-time state champion speech/debate coach Mike Christensen.

Despite this, I think the forum was quite a success. The questions from the audience were quite good. But still, I wish more folks had been there.

There were plenty of references to Montana’s oft-reviled business equipment tax. Frequently, candidates spoke of a holiday from it (as an incentive to bring a business to the valley) or of eliminating it altogether.

But one wanted to keep it to discourage replacing people (and thus jobs) with automated equipment.

This is a short-sighted argument even for a third-world country, much less a U.S. state with smart, hard-working people like Montana.

Across the street from Plum Creek in CFalls, there’s a semi-trailer with the names of closed mills painted on the side. How many of those ignored technology and automation advances?

Look, I know that log supply, environmental issues and other things were involved, but I also know that modernization left some of them unable to compete in a price-sensitive commoditized market. Add all those other issues and the results are predictable here just like they are for Blockbuster, who filed bankruptcy this week.

Avoiding automation of (in particular) mundane, repetitive work is a really bad idea. Employees should be adding value to the company’s products and services whenever possible, or their jobs will always be in more jeopardy than the jobs of employees that DO add value.

Make better jobs, not just more of them

Automated equipment completes tasks that 20 years ago were performed by employees, which reduces costs. I’m not insensitive enough to miss that this means jobs and thus impacts on family and community. But how sustainable are those jobs when the company ignores competitive advantages?

Automation / technology has to be a strategic focus for manufacturers these days.

When companies replace jobs with equipment, it should also result in better, higher-value jobs in most cases. Getting rid of industry knowledge by getting rid of employees (rather than giving them a better job) wastes all of the investment you made in those people.

But it isn’t just the responsibility of the employer. Employees need to keep up. The more valuable you make yourself, the more likely you will be prepared to take on different responsibilities when your employer’s world (and thus your world) changes.

Bottom line, it takes two. I suggest you take the lead, no matter which one you are.

One reply on “Election time. Job creation time. Your time.”