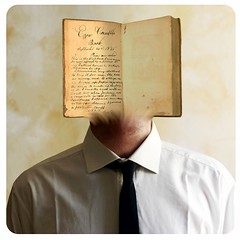 One of the reasons that you see some businesses flocking to Facebook is that their advertising (and sites they connect to) are now capable of scanning your profile’s musical and movie preferences and passingÂ  them anonymously to a site you visit so that selections can be made easier for you.

In markets where a Facebook profile is a good match to your marketing needs, the new profile scanning feature lets Facebook partner sites *anonymously* “see” your likes and use them to fine tune your shopping, listening, viewing and other experiences at other sites – but only if you give your permission (you’ll be prompted at sites which use that data).

It automatically tries to show you stuff that will be of interest, just like a good retail salesperson would.Â The difference is that it happens online.

The same thing happens in retail businesses and restaurants every day. Think about “Norm” from Cheers. Do you know what he likes to drink? Anyone who has ever watched Cheers – even once – probably knows what he drinks.

If Norm put “beer” in his Facebook profile, would he suddenly become paranoid because a liquor store website automatically showed him the beer page when he opened their site? Probably not.

That’s how this feature works with sites that have this feature setup.Â This same feature is also the topic of a lot of privacy discussions on the net. More on that shortly.

Facebook is also launching advertising that is even more context sensitive. Like Google’s Ad Sense ads that appear on pages all over the net, these Facebook ads will come up based on info in your profile and content on the page.

Don’t look at this as a bad thing.

As a business owner, it’s good for you because it allows you to target people more likely to be interested in what you do.

As a purchaser of consumer and business products and services, it means you’ll see fewer ads for junk you have no interest in. Note that I said “fewer” not none.

Despite the fact that I have no need for some products and services; magazines, TV, radio, newspapers and other media sources pound me with ads all the time for things I’ll NEVER buy.

Most of this happens because they don’t pay enough attention to the media buys they make. Too often, they sell the wrong things at the wrong time of day, on the wrong channel/station or in the wrong paper.

That’s one reason why people get tired of advertising – they see messages about things they don’t care about and aren’t interested in, so they see it as noise.

3 replies on “Does your business fit the Facebook profile?”

Agree!Most of this happens because they donâ??t pay enough attention to the media buys they make.

Facebook may not be 100% targeted, but it probably fits into a nice mix between mass media and direct mail. If Facebook doesn’t deliver on sales compared to other channels, sales teams will look to pull out. However if Facebook does perform then it may become a viable sales channel.
.-= David MoloneyÂ´s last blog ..Logo Design: Assess the Work of Your Designer =-.