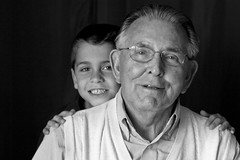 Vann’s @NathanReep passed this on over the weekend and it’s a major league topic that’s definitely worthy of a guest post.

5 generations of workers in one workplace. How will you cope?

The differences in these groups are staggering.

The kids of the Greatest Generation started life with rotary phones, a couple of grainy black and white channels with nothing on and aspirations of gold watches and funded retirement plans.

The youngest of these generations watches video on their phones and wouldn’t typically expect a CEO to fund a retirement plan, much less expect it to be there when they retire.

All 5 groups possess valuable skills. All 5 contain great workers. All 5 tend to (as a group) value different things.

And you get to lead them all toward the same goals. Yours.

Leadership Flathead discussed this 2-3 years ago when I went through it but I’ve yet to hear much about it publicly since that time (there are a few local exceptions, but… few is the operative word).

The folks who figure this out first in their niche have a substantial advantage over their peers.

2 replies on “Rotary phones and iPhones battle it out”

Rotary phones and iPhones battle it out [link to post]