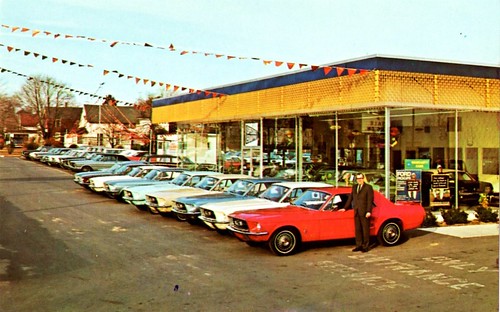 You may not like to sell, particularly if you are a technical person.

It’s even more likely if you’re a technical person who has built a job rather than a business – meaning you might be chief cook and bottle washer as well.

It may be an overused stereotype that technical people don’t like sales and marketing people, but there’s plenty of evidence to back it up.

While there are a number of reasons for these feelings, I find most of them irrational and costly. Yes, costly. I’m sorry to tell you that this irrational phobia is costing you customers and revenue.

Get one, maybe more than one

The obvious solution: Get a salesperson. A good one. You need to find someone to handle that work – particularly if you refuse to do it.

Use your marketing to identify who has shown interest in what you have to offer. Help them with a win-win setup so you get more new customers and they get paid for bringing your worlds together.

But I shouldn’t have to sell!

You may feel that your product/service is so awesome that people should line up to buy it.

You and Kevin Costner can go build a baseball diamond in an Iowa cornfield if you like, but Hollywood movies notwithstanding, a throng of people aren’t likely going to show up simply because you built it.

You may not be any good at sales. In general, I guess that’s OK. It might turn out that you bring a lot of value to the business in other ways – meaning that selling may not be the best use of your time.

In recent times, the best known CEO-who-could-sell was Steve Jobs. If nothing else, the contrast between Jobs and his replacement illustrates the serious value that a selling business owner (or CEO) brings to the market.

I don’t mean that you must be as great as Jobs was on stage in front of 5000 people – though that might prove useful.

What I’m saying is that when you run into a prospect somewhere, you’d better be highly capable of telling the story that makes it obvious why someone would want what you sell. If the CEO/owner can’t communicate that to a prospect, a salesperson or the media, something is wrong.

The best CEOs/owners sell. So can you.

Just because you can’t sell today, doesn’t mean you’re stuck. Selling is not a natural born skill. No newborn ever closed a deal, whether breast fed or bottle fed. No one wakes up and decides “Today is the day I become a great salesperson.”

However, sales can be learned, even by technical people who hate doing it. Tip: You usually hate it because you’re doing it wrong.

No matter what, if you have something to sell, a well-prepared sales team (even a team of one) will usually do a better job of selling it to the right people than you and your pile of hastily-made tri-fold brochures could ever do – at least until you put in the effort to learn the craft.

Don’t stop blogging and the other marketing-related things I’ve suggested in the past. While these things produce leads and nurture relationships….they aren’t sales.

A sales team can help with that. Understand that I’m not talking about the kind of folks who make the cold read-a-script calls that you still get or the kind of salesperson most people think of when they hear the word “salesperson”.

Those are the salespeople nobody wants to talk to, because they can’t (or don’t) really sell.

Be (or hire) the kind who can and does.

2 replies on “For those about to sell, we salute you!”

Mark, your example of Steve Jobs was right on. At no time was this problem more evident than during the go-go days of Internet start-ups. Bright young minds created products that could revolutionize an industry, but in delivering their ideas to the public and investors they would fail. The smart ones (funded ones) would eventually realize this and bring in the team that could market and sell the idea effectively. Great post as always.

Tom, I remember being one of those, so I know it can be reversed:)