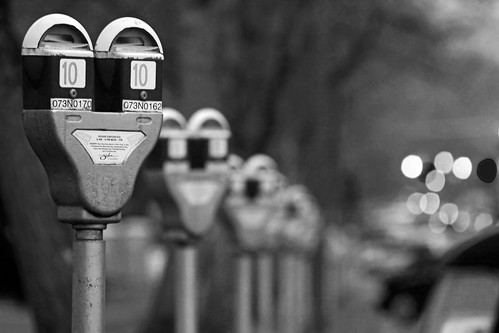 Over the weekend, I had a brief conversation about a Wall Street Journal article I had posted to Twitter about the average nationwide earnings of a partner in a U.S. law firm.

I almost didn’t post the link because I had the feeling it would generate a political conversation. Politics was not the point of the post, but given the season…it was bound to go there.

The reason I posted it was to note that someone who typically has started at an entry level position and worked 60-80-100 hour weeks for a decade or more, was doing quite well for themselves and that this wasn’t just Wall Street lawyers.

The number is a nationwide average rather than a “gotta-live-in-a-city-of-5-million to make this kind of money” number. Successful firms with 15-20 lawyers – even those in a town of 50,000 people – will have partners. Maybe even junior partners, even if they aren’t at this “average” pay level.

The political end of the conversation was actually a good thing. It turned to us vs. them and executive vs new graduate – specifically that the executive rakes it in while the new graduate struggles to find a lawyer job.

Tell me, if you worked your tail off for a decade after going to college for seven years, would you expect to make what a new grad makes? Would you expect to make what the manager of a successful local restaurant makes? Probably not. When you make partner, you get a percentage of the firm’s profits in part because you are responsible for producing your fair share of them. Responsibility.

Today’s law graduates are probably looking forward to that juicy partner salary, as they should. Unlike the made-for-TV movie where junior graduates on Friday and starts at $200K with a glass-walled office on the following Monday, the “average” new law grad is reportedly in a tough market, according to a June 2012 story in the WSJ.

What prompted me to write about this situation was the assertion that it is a “bad time” to graduate from law school and pass the bar.

In my mind, it’s a great time. Better than next year. Better than the year after that. Frankly, there’s never a bad time to pass the bar, given the gatekeepers that depend on checking that box.

It’s a bad time to be average

I do agree that it is a bad time for some things. It’s certainly a bad time to be an “average” law school graduate. Not because there are 18 quadrillion lawyers and the world doesn’t need another one. Not at all. The world could probably use thousands more great ones. What we don’t need is another average one.

Just like we don’t need another average anything else. Today, “average” means you’re going to struggle.

What else is it a bad time for? It’s a bad time to be average. At ANYTHING.Â Note: Don’t confuse average with inexperienced.

The conventional wisdom is that it’s also a bad time to start a business. Either the economy is bad or you should just be happy you have a job and wait things out rather than working toward getting a better one or egads, starting a business on the side.Â Waiting is comfortable. It’s easy.

Yet if you wait, a year from now you won’t be any closer to having that business. Hopefully you’ll still have the job.

It seems to make sense. “Don’t start something now when the economy is down and the holidays are coming.” Will the economy be better in a year? You have no idea. Oh, but there’s an election coming, so you should wait. Except that there’s another election after that.

Next year, all the people who are starting to look at buying what you would be selling will already have their first vendor. Taking someone away from another vendor is harder than being their first vendor, even if their current vendor isn’t making them happy.

Next year, you’ll have the same job and the same excuses (or corollaries to them) and your biggest regret will be that you didn’t start last year.