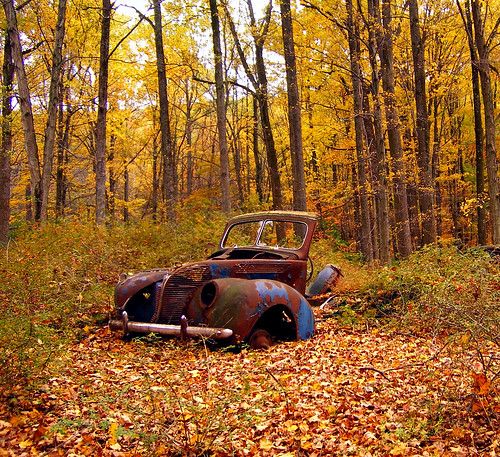 Have you ever received a new-customers-only offer from someone that you already do business with?

In particular – Have you received one and found that the “new customer deal” in the ad is better than what you’re paying?

As an existing customer of that business, how does that make you feel? To me, it devalues whatever relationship I might have with that vendor.

What message is that vendor sending you when they make new-customer-only offers that you can’t take advantage of?

Today, we’re going to offer a great deal to people we don’t know because we really want more new customers.

Because you’re already a customer, this discount isn’t available to you. Yes, we realize that we have a customer relationship with you, but we’re going to ignore that and the fact that you may have been one of the key customers who helped get us where we are today.

Again… discounts are just for NEW customers, so please don’t ask us to give you the same discount they get.

Some Business Name, Inc.
“Your (whatever) vendor”

I doubt that’s the message you wanted to send them.

So do I hide my new customer offers?

Discount offers intended only for new clients aren’t necessarily a bad thing, but they should never appear in front of an existing customer unless you’re using mass media.

With mass media, it’s going to happen because you can’t control who sees the ad and who doesn’t. Radio, TV, newspaper, magazine and billboard come to mind as possible places where long-time customers might be exposed to your “new customer deal” ad.

If you’re going to place ads in a media that you can’t control access to, there are some options for minimizing it – such as your choice of radio time slot, TV time slot, TV show your ads are shown with, magazine location and so on.

Still, some customers are going to see/hear the ad.

Why? Because you’re advertising in a place where you expect to find people who resemble the customers you already have. If your customers restore experienced sailboats and you advertise in “This Old Boat” magazine, people who are already your customers are pretty likely to see your ads.

So what do you do?

What else do you have?

Normally I would encourage you to use a direct, personal means of reaching the new prospect. If you did, an existing customer would be unlikely to see those ads. Thing is, you should already be doing that, and that doesn’t apply to mass media (yet).

When your ads are targeted at a new customer, it’ll be tempting to assume that existing customers won’t call or email to respond. They will. They might even want to add new people, new location(s) or new services to their account.

If your sales team’s response is so formally scripted that they can’t  (or aren’t allowed to) adjust appropriately to a response from an existing customer – you could lose that customer. You need to have something else (presumably better targeted) to discuss with customers who call to ask about the probably cheap thing you’re hanging out there to attract new customers.

Your newest customers tend to have less mature needs than your long-time customers. What would attract new customers that long-term customers already have and are unlikely to express interest in? That’s your new customer deal.

For example, long-term customers probably don’t need startup services and entry level products – unless they are starting a new venture. In that case, they should qualify for the deal you’re offering and you’re nuts not to let them have it.

When existing customers aren’t starting something new, be prepared to discuss advanced offerings with them, even though they called about your new customer ad. A meaningful conversation with long-time customers is more important than a discussion of the thing you frequently sell to new customers. Your offer might include more, better, more frequent, more frequent *and* better, extended hours, access to senior staff, exclusive services and so on.

The point is not to bait and switch – after all, your ad was targeted at new customers. The existing ones will contact you despite that, so engage them in a conversation about something that really matters to them.

2 replies on “The unexpected message clients get from you”

This is the exact reason most people hate the cable company, or dish, or direct tv… they make all these offers and you can’t get in on them.

For us it’s simple, our contact with our customers is all Email. Because current customers might still be in the autoresponder for our signups, we only send specials to our new outdated customers.. so they can upgrade. That is the only kind of discounting we do… except; if someone calls and finds out about a discount, we give it to them as well.

And, many people ask for discounts… certain social groups expect a discount.. we used to not give them a discount, but we found that they are in a social group that also talks among themselves, and if we give them a good deal, they will tell their friends.

But, we very rarely do sales… because then many people tend to wait until there’s a sale… watch the ads for your local discount furniture store, they have sales all the time.

I remember a certain software vendor who had sales all the time, and I’m sure you know who I’m speaking of. That’s exactly the behavior people had – they knew a sale was coming every month so they’d just wait. Thanks for reading and commenting, Ray.