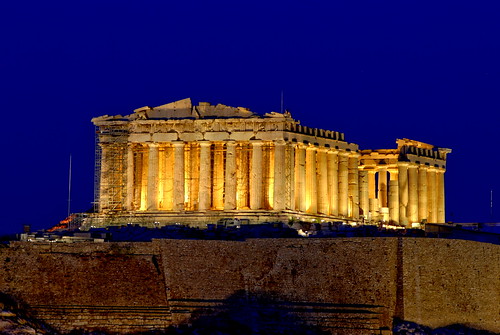 When things are going really well, we think we’re really something.

We describe it as being in a groove, smooth and steady, in a rhythm or “working like a well-oiled machine”.

In electrical engineering,Â steady stateÂ describes the “normalcy” of a current or signal after it settles down shortly after being powered up.

Sometimes, normal is the last thing you need and a groove is really a rut.

An easy to understand example is how NBC’s coverage of the London Olympics and Paralympics is made available to the public. It’s been such a mess that a Google search of NBCFail brings up more than you want to know.

They’ve got covering the Olympics down to an art. Unfortunately, they’re wasting a huge opportunity because they’re mired in trying to protect what was rather than take advantage of what is.

With millions of iOS and Android mobile devices sold and in action around the U.S. (and many more outside the U.S.), you’d think that high quality coverage would be more accessible than ever and available for purchase on your mobile device and/or computer.

Unfortunately, that’s not the case. Fact is, U.S. viewersÂ can see events live via NBCOlympics.com only if you have a cable or dish subscription. The Apple iPad app also has this limitation and has no purchase options.

The thought process seems to be “How can we limit access to coverage and protect our business so it never has to change?” when it should be “How can we get coverage to as many people as possible and grow our business like crazy by reaching more eyeballs for our advertisers?”

Abnormal isn’t the opposite of normal

Requiring a wannabe viewer to have cable or dish coverage ignores the economics, scale and current markets/platforms for content delivery. It reminds me of the state of the music industry, which ignored the modern world until the modern world ignored them back because there were better solutions for music lovers.

It ‘s why Def Leppard recently re-recorded all their classics. Their record label is too mired the now-dead vinyl era to work with Def Leppard to get their music on iTunes and sell a few million copies of Pour Some Sugar On Me orÂ Rock of Ages.

Why iTunes, you ask? Because they’ve been the number one retailer of music since 2008. Yes, that’s PAID not pirated. And yes, bigger than Walmart, Best Buy, Amazon or Target. Paid music is today’s normal for the post-Napster world because it’s easy to buy and use on your various music devices.

That’s “What would Apple do?” if they had the rights to sell access to Olympic coverage. This isn’t just about Apple. Someone with an Android-targeted distribution system could also play the game, but let’s stick with Apple for now because it’s familiar.

My guess is that Apple would sell Olympic coverage via app or the iTunes store’s Newsstand, but they’d be wise to offer browser-based support as well.

In addition, maybe you could purchase/subscribe to:

And of course, live alerts based on your chosen criteria – like the ESPN app has had for years.

Forget the Olympics, how about my small business?

For you, the point is to brainstorm what your customers could buy based not just on “what was”, but to consider “what is”. What’s possible when you aren’t trying to preserve what market forces are going to dismantle anyway? It’s always better to reinvent your business on your terms and timeframe rather than have someone else do it to you.

Update: Proof that the old school media still doesn’t get the real meaning of #NBCFail.Â Money is being left on the table and customers are going to go elsewhere. “Where else can you get the Olympics?” you might ask – Nowhere. Yes, that is an option that people will exercise as cable subscribers drop and alternative platforms continue to grow. Again, the issue is the same with your business.

Meanwhile, a writer at Target Marketing mag sees the opportunity as well and notes a fine example that’s here *today*: the methods CBS/NCAA used for their highly-regarded Final 4 coverage.

2 replies on “Sometimes, normal is the last thing you need”

You are so right. The amazing backwardness of TV executives is pitiful.

This is a rare case when you are much better off outside of the USA. You can get webcasts of lots of stuff from http://www.youtube.com/olympics I believe NBC blocks this in the USA.

BBC is amazing. Everything is commercial free. People to pay a TV tax in England to make it that way.

One thing to note, “A raw feed with no commentary, just one big stream of coverage in chronological order from start to finish.” This really needs to be like 15 streams – tons of simultaneous stuff is going on.

Agreed on the raw feeds:)

The ironic thing is that if these other sources were available – they’d likely make *more*. They’re focused so much on the piracy aspect that they completely ignore the opportunity that dwarfs it.