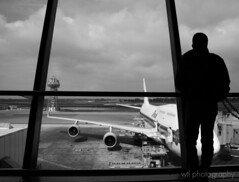 On a recent 737-based flight, I got to tinker with Delta Airlines’ updated seat back video system, which includes TV, movies, games, flight information and music.

I was impressed when the first prompt that came up was for a language.

Impressed because it showed that they were thinking about all of their customers, not just the North American-based ones. Think “sources of growth”

One of the things I like to watch during flight is the GPS-driven aerial map with rotating altitude / airspeed / head wind, temperature indicators. I guess it’s the geek in me:)

Having chose English, I assumed I would get an English map. After all, I am a programmer by training.

Ordinarily I wouldn’t care, but the insertion of 3 additional translations (regardless of which one I wanted) delayed the delivery of information since it had to be presented in 4 different formats.

Why again did they ask me which language to use?

The flight arrived on time (though a later one did not, prompting re-enactments of OJ Simpson running through airports as a spokesman for Hertz). The landing in Atlanta was perfect.

Yet several days later that map application still sticks in my mind.

Just as a test, I switched the panel’s language to Dutch. Some words in the menu were translated, some were not.

The “moving map” with altitude, air temperature etc? It didn’t change at all, still rotating through 2 sets of English and 2 sets of Spanish info.

The same nugget of paying attention easily translates into other businesses.

Little details sometimes make the biggest difference, especially when you set the expectation (which you should) with things like a language prompt.

Congruency. Setting an expectation by doing one thing creates the expectation in other areas.

More airline related posts coming, as is always the case after I travel…just setting the expectation, you know.

3 replies on “Ignore customers at your peril”

Hmm. I wonder if that was just a programming error or designed in that way for some obscure reason.

I suspect it was simply a “we havent gotten around to it” thing. The real message of the post is a bigger picture issue, of course:) Thanks for reading!

I think this is an important message for every business owner to remember. What we may do to “help our customers” may cause more problems and confusion down the line…

Asking customers what they need is always the first step. LISTENING to their answers and learning from them…even more important!

Hope they listen to you Mark!