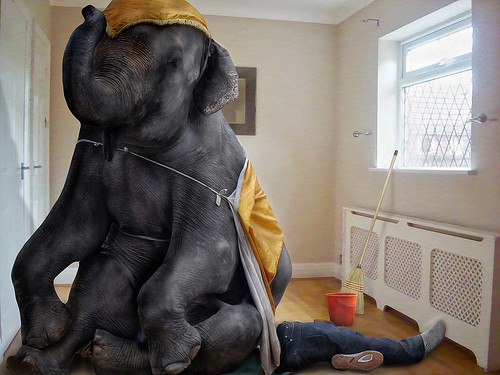 Even when business is going well, it’s not unusual for a business owner to take a hard look at their payroll.

When they pass you in the hall, it’s entirely natural for them to wonder to themselves… “Is that person pulling their weight?”

You should know if your staff members are delivering more than what you’re investing in them.

If they’re delivering a lot more than you pay, it makes sense to address it, be it with more pay, more vacation, a higher value job, etc. If your company doesn’t value them sufficiently (money isn’t the only way) at a business that isn’t suffering from cash flow and profitability problems, they could become a morale problem or you could lose them to a competitor.

When it comes to employee motivation and morale, it isn’t all about the money, but contrary to oft-misquoted researchers, there is a “fail point” where money is an issue.

If they’re delivering less than you pay them, their job may be unsustainable without your help. Are you pulling your weight as a manager to help them pull theirs as an employee?

Look at your pay stub

Employees – take a look at your paycheck. Add about 25% to get a rough idea what your real cost is to your employer.

On average, are you creating that much value every pay period?

If you aren’t, it doesn’t necessarily imply that you’re a slacker – it could be that you’re working a low value job. How long do you think your employer can support that inequity? Ask your manager how you can create more value for the business. Leverage your experience for you…and them.

One of the most powerful things about a business is leverage. Not the Wall Street kind. I’m talking about the lever Archimedes first wrote of in about 260BC.

Today, leverage is apparent when comparing a typical manager to a great one. Two otherwise identical companies / divisions / teams will look completely different and will produce markedly different results under different managers.

While this is obvious from a common sense perspective, assumptions and common sense weren’t enough for the not-for-profit, non-partisan National Bureau on Economic Research. They wanted research-proven analysis.

The results? Their study found that a great manager will produce markedly different results when a group of employees are managed by a high quality manager – what the NBER described as a “boss in the upper 10% of boss quality“.

This doesn’t mean the manager is a “slave driver”. It means they are more effective.

The upper 10% of boss quality

Great managers often come up in conversations about highly successful sports teams. Leaders like Red Auerbach, Tom Landry, John Wooden, Pat Summitt and Casey Stengel weren’t just great motivators and strategists. They also seemed to possess an uncanny ability to identify the best team members, even after others had looked past that person.

The value of your managers – and of yourself as a manager – should be just as obvious to your organization as Wooden’s value was to UCLA.

Business isn’t much different, but great CEOs are harder to identify. Their managers, even more so. What you might find most indicative is what those companies do to prepare their managers to lead. The best businesses train, train, train. Not just their management, but their staff as well.

Steve Jobs has been both revered for his role in the massive growth of Apple and cursed because of his demanding nature. Does anyone think that Red, Tom, John, Pat and Casey weren’t demanding? Apple CEO Tim Cook has a different persona than Jobs’, yet leads Apple to ever-bigger results, some of which he quietly nurtured behind the scenes during Jobs’ illness.

So what? That’s Apple, not us.