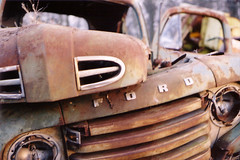 Not long ago, we were talking about being “… only as good as your last transaction.”

I was chatting with someone on Twitter yesterday and mentioned that “every job is a sales job”, which provoked a response from someone in Missoula who asked: “Even the garbage man?”

Tomorrow morning, my trash gets picked up. Watch carefully for a sales guy.

Garbage man “A” accidentally knocks over your trash cans with the fender on his truck.Â  He jumps out of the cab, tosses out a few pieces of creative language about knocking the cans over, empties them into the truck, leaves the trash that fell out right there on the ground where it fell, tosses the cans back into the driveway with a rattle that would wake the dead.

Because it’s 6am, it seems as if he’s trying to make as much noise as possible. On that theme, he revs up his truck as he pulls away, riling up our annoying little white fluffy dog who barks at everyone as if they are Satan incarnate, meanwhile waking up the granddaughter.

Garbage man “B” also knocks over the cans, but unlike his competitor, he stops and picks up the spill, empties the cans, sets them quietly at the edge of the driveway and pulls away at a normal pace without making a fuss.

Obviously, the sales guy is garbage dude “B”.

This morning, I’m off to the radiator shop. You know, cuz I feel like it’s my duty to put the children of the automotive industry through graduate school. Arrgh.

Think about the public-facing staff at a radiator shop when I visit for the first time.

If I walk in and they are professionally-dressed, what’s my thought? I don’t expect the guys to be in $1000 suits, but I also don’t expect them to look like they haven’t showered in days and smell like a bottle of rum, much less yesterday’s hay hauling sweat.

In particular, since I’m the first appointment of the day, I expect a little more. Still, if the guy takes care of me and my rig and doesn’t force me to refinance the Stimulus bill, I’ll probably cut the guy some slack.

Even so, everything impacts the sale. The appearance of your staff, your place of business, parking lot, even the smell.

Oo-ooo-that-smell (apologies to the boys from Alabama)

Sure. Imagine you’re walking into an extended care center. Maybe umpteen years from now, a relative simply can’t be cared for at home for some technical reason that is beyond your abilities.

When you walk into the first center, the halls are crowded with unattended residents in wheelchairs. There’s nothing going on anywhere.

As you turn down the hall where the bedrooms are, the smell of urine hits you like a Nolan Ryan bean ball. Blammo, right up side your head.

Meanwhile, the family member who raised you, nursed your wounds, listened to you whine as they dabbed that evil Mercurochrome on those wimpy little cuts on your knees is going to be sentenced to a place that smells like the floor of an airport restroom?

Your next visit is totally different. While there isn’t a Nerf football game going on in the lobby, the place smells and looks pristine and the folks are active. Even the ones who aren’t so mobile are being read to or listening to music, etc.

The people who make all these things happen have sales jobs, whether they are changing Depends and cleaning up your grandmother, answering the phone with a snarl or counting back change at Pamida.

Beyond the passive salespeople that we’ve just talked about, there are others. Some of them are almost invisible sometimes – until they interact with your clientele:

None of them are who you think of when you do sales training, but they should be.

They’re like the recon Marine patrol. Front and center, making a first impression.

Instead, expect results after arming your folks with the tools to produce them.

1 reply on “Selling garbage and urine”