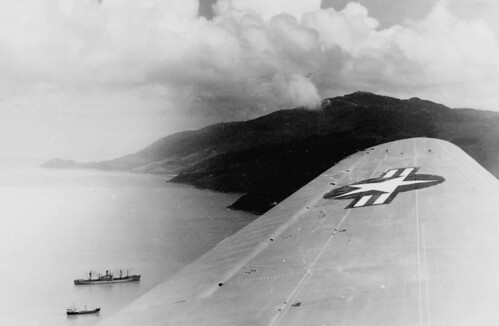 From time to time, you get signs that your work here isn’t complete.

I recently I had one of those days.

Six of us, including a three year old and a one year old on the downhill side of a cold, were set to fly what usually is a two segment, three hour flight from Missouri to Montana.

I’ll spare you the boring parts: Â It took 19 hours to get home that day. Some of that was the airline’s fault, some was weather, some was bad luck and some good.

The signs during that day were varied:

The things that happened to us are useless information to you, but how the problems were handled is where the lesson is.Â They might not be the same problems your customers encounter, but I’m confident they’re similar in some form and they’ll spark a thought.

The cancelled flight was due to weather. United can’t control that.

Similarly, you have business problems beyond your control. What you CAN control is your reaction and how you plan to deal with the ones you can’t do anything about. Advance planning for disasters. Imagine that.

Because automated phone calls are expensive technology that hasn’t been invented yet (sarcasm), we don’t find out with a phone call while preparing to leave for the airport, or on our way to the airport. We find out when we arrived at the ticket desk 75 minutes before flight time.

Yes, we probably should have checked at 5am when we got up, but the same airline had called us earlier when a flight was cancelledÂ for reasons never revealed to us. Yet info about a flight cancellation with immediate impact was left to chance.

Your takeaway: What situations could you use automated phone calls, emails or text messages to warn your clients about?

After a brief conversation with the gate agent about the value of automated “dude, your flight’s been cancelled” calls, United transfers us to American Airlines after cutoff for the next flight, knowing full well what they were doing. I say this because United agents discussed this right in front of me as if I wasn’t there.

While (understandably) grumbling about how United’s staff dumped responsibility for rerouting us, American’s staff accepted the challenge and thanks in part to ever-present incompatibilities between reservation systems, took 90 minutes to get it (mostly) cleaned up. My patience with them got us six free bags.

What messes caused by outside influences do you clean up for your customers? Are they aware of it? How do you compensate them when you (or they) think you owe them something?

Checklists and silence are golden

After everyone boarded a plane, the crew found a problemÂ during the pre-flight checklist. That’s a good thing. We had to sit on the flight with zero info for an hour. That’s a bad thing.

Your takeaway: Do your critical processes have checklists? What info flows to your customer during problem resolution?

Thanks for putting up with us

A flight attendant, who told us earlier that she’d been flying for 43 years,walked the length of the plane, stopping every 2-3 seats to thank everyone for their patience and for sticking with them despite their mistakes. During the mechanical delay, there was little info or expression of concern. Still, she clearly knew that leaving a last impression was a good idea and made the effort.

What are you thanking your customers for? Are thereÂ situations in the past that should’ve earned a customer an apology? It isn’t too late.

Every time you get good or bad service from another business, think about how it can be used to make your business better.