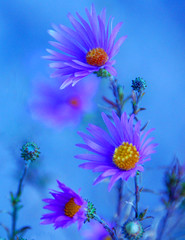 You’ve all been there.

The 7th grade dance. Girls on one side, boys on the other.

And if nothing happens, it isn’t long before the girls are dancing with each other.

Meanwhile the boys lean against the wall, looking down at their feet, glancing up at their favorite girl and then kicking themselves for not asking her to dance – all while continuing to stand there and not ask.

Sometimes, one brave boy steps out there and asks the prettiest girl in school to dance. Sometimes she does simply because someone finally asked her.

Wallflowers don’t get to dance

You say your name and your business name. And then, you look down almost as if you’re ashamed.

I guess I should paint a more complete picture before I get to the meat of the subject.

Sidebar: What do vegetarians say instead of “Get to the meat of the subject”?

The other day I was speaking on a panel about Search Engine Optimization (SEO).

The 4 of us had a nice big crowd of small business owners to interact with. Each of us are involved fully or partly in providing our clients with websites, technology or some such, so as a group we had the various bases covered pretty well and things were flowing nicely.

Late in the discussion, someone in the crowd asked a question or two and after a while, asked one last question after introducing themselves as a web designer.

Maybe it was the panel structure itself, but I really don’t think so. We’re all pretty regular, approachable folks. No suits or anything like that.

Something made this person seem a bit embarrassed to bring up the fact that they did web design and that they were looking for customers. Maybe they felt the context was wrong.

Thing is, solo entrepreneurs can’t afford to be embarrassed or shy.

Worst case, a “Hey, is it ok if I introduce myself?” would have worked.

Maybe it was because they felt like we owned the room, but that really isn’t the case. If half of the people in the room had walked up to the panel with a check in hand and a pile of work to do in short order, we’d all be scrambling:)

It really isn’t about us.

None of the folks on the panel cared about the introduction. In fact, I’ll bet every one of the panelists would be happy to see another good web designer in town that we can refer work to when the fit, budget or timeframe isn’t right for us.

Ideally, we would have heard their name clearly, with a phone number, web site address or a “Please see me afterwards”. But that didn’t happen.

I feel a little bad about it now, because I didn’t stop what we were doing and ask them to stand up, reintroduce themselves and give some solid contact info. I mean, the room was full of small business owners. It was the perfect opportunity (yeah, I’ll see if I can get them to introduce themselves next month).

But this is about you, not that person (I can fix that next month). It’s just a story to illustrate how easy it is to overlook something and cost yourself some business.

If you’ve got a shot, take it.

It’s no time to be a wallflower.

Get out on the floor and dance like no one’s watching – cuz unless you do, they won’t be watching and they wont have any idea that you can dance.

What a shame it would be if the best dancer on the floor never left the wall.