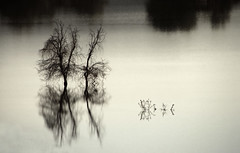 A few weeks ago, the NY Times’ “You’re the Boss” blog (which discusses small business topics) had a piece from Chicago entrepreneur Jay Goltz about the 10 reasons small businesses fail.

It’s a laundry list of pretty fundamental stuff, much of which we regularly talk about here:

Several of the items on this list are things that I encounter not only as a customer, but as someone who helps businesses improve their performance and profitability. Some of them are more frustrating than others. I’ll bet you see them as well.

Jay summed up his comments with this:

“In life, you may have forgiving friends and relatives, but entrepreneurship is rarely forgiving. Eventually, everything shows up in the soup. If people donâ??t like the soup, employees stop working for you, and customers stop doing business with you. And that is why businesses fail.“

We recently talked about the market’s lack of forgiveness. If you missed that piece, I noted that I can be as nice as you like when discussing examples I’ve seen that you can learn from, but the market…well, it just won’t be nice or fair about it. It doesn’t benefit you (or the folks I write about) to whitewash things.

So how can you, the head chef of your business, keep these 10 things out of your soup?

I warned my clients at the first of the year that I would be holding them more accountable for their efforts. Not one has rebelled. Those who have been pressed the hardest have responded with the most results. Accountability works.

If you have a business model whose math doesn’t work, NONE of the other stuff really matters.

The “If there’s plenty of gross there has to be some net around here somewhere” thing is more prevalent than you’d think. People start businesses for all kinds of reasons, but it’s pretty shocking how few pay attention to the math of the business model.

They start out with a price that they THINK makes sense (it might, it might not) and that initial pricing often drives the rest of the business, their marketing (ie: how many sales they need to make) and their operations (how costs are defrayed).

The other nine items on this list are pretty important, but it doesn’t matter AT ALL how well you’re doing at these things if the basic math of your business doesn’t work.

Back in my photo software days, many of our competitors (we had eight at one time) offered “free lifetime support”.

I refused to offer that because I knew it would either kill our business or prevent us from providing the kind of support we felt we had to offer.

Prospective customers would ask me why they should buy our stuff instead of a competitor’s when that competitor didn’t charge annually for software upgrades and support.

All I had to do was ask them: “Whose lifetime are we talking about? How free, unlimited and lifetime is that support when they go out of business because their business model doesn’t work?” Two years later, only two competitors remained.

If the math for your business model doesn’t work, nothing else matters. Once it does, the other nine things are pretty important.

Next time, we’ll get into detail about the math of your business. 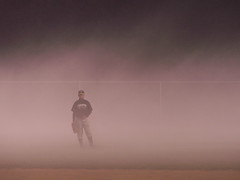 It’s a bittersweet time for parents, and I think it’s fitting that it occurs soon after Memorial Day.

Confused? Bear with me for a bit.

Last weekend, I strolled alone through Columbia Falls’ Veterans Cemetery on a rainy Monday afternoon. I’m not into the big displays, parades and such. Visits to honor these folks is something I prefer to do privately.

During my brief walk, I discovered the headstones of men & women who served their country at least as far back as the Spanish-American War. That takes us back to 1898 for those who – like me – have forgotten those dates from high school history (sorry, Mrs. Maggard).

In one area of that hallowed ground, I found myself surrounded by the resting places of men and women from the group Tom Brokaw calls “The Greatest Generation”.

As I stood there, I wondered what they would think of the job their grandkids have done. Their grandkids – a generation I belong to – have most certainly done a lot of good.

Sadly, we can also hang a lot of unfortunate things on the same group: Enron, our national financial situation, the Gulf spill and other stuff I need not remind you of.

One of the universal goals of parenthood is for your kids to do better than you. As I walked among the headstones on Memorial Day, it hit me that we aren’t doing enough to honor the sacrifices they made.

I don’t mean parades and fancy statues, nor do I mean flowery speeches in the park.

We honor them by our actions, taken by virtue of the freedom they worked and died to obtain for us.

Stepping up to the plate

Just today, a grandmother related the story of a baseball coach in CFalls screaming obscenities at the elementary-aged boys on his team and following that up by calling them names.

As the drama played out in front of the entire team and all the parents and grandparents watching practice, no one said a thing.

I am embarrassed to say it, but I get the idea from the event as related to me that those in attendance felt that was acceptable behavior for a coach teaching young men how to play ball and how to react when you don’t get exactly what you want.

The boy’s mom noted that it was too late to say anything about it.

I think she meant it was too late in the day by the time she heard about it from her mom, but regardless my comment to her was that it is never too late to say something that really matters. (For my part, I’ll be passing the story on to the league’s board)

In the absence of feedback to contrary, people like this will continue to act like jerks. Call them on it. If you’re that coach, expect to be held accountable. In the future, consider being a little more like Armando Gallaraga.

In the history of professional baseball, there have only been *twenty* perfect games (amazingly, two of them this season).

On what was presumably the last out of Gallaraga’s perfect game, umpire Jim Joyce made a bad call on a routine play, saying the baserunner was safe. Instant replays showed him to be out, and even Joyce later said it was the wrong call.

No perfect game for Gallaraga.

To Gallaraga’s credit, he SMILED when he saw the umpire’s call of “Safe!” and to this day has been nothing but graceful. A professional baseball player who lives up to his name in attitude as well as performance.

There was a bright spot in the swearing baseball coach episode in CFalls.

One young man on the team left the field and walked over to his grandmother. He told her that he wasn’t going to play for that team anymore and would be returning to his old team.

Like Gallaraga, he knew what was right and wrong and ACTED accordingly.

Accountability and action from a TEN YEAR OLD. Outstanding.

Speaking of action and accountability, I have high expectations for the class of 2010. I know quite a few of these young people and can’t wait to see what they achieve.

Based on the performance and actions of the ones I know, I expect them to not only be accountable for their behavior, but to be unapologetic about expecting the same from their parents’ generation.

That and a healthy dose of tenacity is what will make the Class of 2010 the next “Greatest Generation”.

It had better be. They join the workforce on Saturday morning.