I consistently meet business owners who are about to retire, considering retirement, just retired, or are somewhere between those places.
I suspect this happens because I’m on the north side of 50. No matter the reason for these encounters, I wish retiring business owners planned a bit more for the run up to retirement. They tend to have the personal side of things handled. On the business side, my experience is that the typical retiring business owner plans to either close the business down, pass it to family, or find a buyer when they decide it’s retirement time. In some cases, there isn’t a lot of advance thought into the approach to this possibly massive change in the business.

You might be thinking that you don’t necessarily care about likely changes that can occur after the sale – no matter their nature. Thing is, buyers do care. Buyers write a check or get a loan for a presumably large sum of money. Getting a good return on that investment is always on their mind.

Employees also care about the changes that can come with a buyout. Things that create concerns among new owners are staff morale, the staff’s surprise to find that there’s a new owner, the staff’s concerns about the viability of the business, etc. “Why’d they sell it?” “Are we going to lose our jobs?” “What about the redundant positions between the two companies?” “Will there be staff cuts?” As a retiring business owner, your mind is elsewhere. This may seem like it isn’t worth worrying about. Even so, these concerns are quite normal. Think back to the days when you were an employee.

Employees always have concerns when a business changes hands. It’s not hard to find stories broken promises made when a large business is bought by a new owner or merged with another. Everything is champagne & roses at the press conference in an effort to keep everyone calm & avoid disrupting the business. Employees aren’t dumb. They’ve seen friends & family deal with these situations. They’ll be understandably concerned that they’re in for the same. If you don’t have experience with this, ask around. I doubt it’ll be hard to find someone who’s had a bad experience with this. Anyone from Columbia Falls can explain it.

Morale is always a concern. New owners bring a new culture to the business. The change may or may not be positive. If your staff doesn’t have to worry about that once the sale is announced, they’ll be less distracted & concerned. They’re less likely to be involved in gossip about what might / might not happen with the “mysterious” new owner. This may seem silly to worry about, but people work for you for a reason & money isn’t all of it.

If you’re nearing retirement age, your team has already wondered what you’re doing with the business at retirement. They just haven’t asked you. You might think it’s none of their business, but they often ARE your business.

Before finding a buyer

Finding a buyer sometimes happens quickly. For some, it can take years, which can be excruciating to a wanna-be retiring business owner. There are so many dependencies. Sometimes it comes down to luck. Someone happens to know someone who is ready to buy and things simply happen to match up.

Make sure your business is truly ready to be sold. That means it’s ready to buy, take over, and run. Processes are documented. Job descriptions not only exist, but they’re up to date. Accounting is clean and tightened up. Marketing pipelines are reasonably consistent. Sales conversion is predictable. Supply lines and vendor relationships are solid.

Make sure there are as few “bodies” as possible. When I say “bodies”, I mean “bad things I’m going to find if I dig enough”. You might have heard this phrased as “I’ve been here long enough to know where all the bodies are buried.” It’s a perhaps roughly toned way of saying that you know the good & the bad of a business. The strengths, sure. But also the weaknesses that few know, much less talk about.

The fewer bodies that exist at “Hey, we’re for sale” time, the better. Most prospects won’t see them. The truly interested? They’re exactly the ones who will dig deep enough to find them – the last ones you want to give a reason to walk away.

Photo by Tim Mossholder on Unsplash 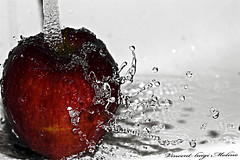 A couple of days ago, I was pretty forward with you guys about your responsibilities as both employees and employers.

It’s easy to assume that one will regularly take advantage of the other – even in the current tight job market. It doesn’t make any sense, but it’s been going on forever so my guess is that it’ll continue.

Even the current education reform arguments are full of us vs. them employee/employer tension and rhetoric. You, of course, can put an end to it if you like.

The current employment/economy situation in general reminds me of a story General Schwartzkopf tells about the First Gulf War.

Employers face an identical issue, as did the commander of the once-feared Iraqi Republican Guard.

You can buy the best tools, have the best location, the best products and services, provide what you think is the best value, BUT as the General says: “…all that stuff is irrelevant.”

You’d better also have the best staff. Best trained, best attitude and so on.

That goes for you too, since being the best in your market includes all those things, as well as paying a decent wage, continually training the people you have and providing the tools they need to succeed – and not looking at them with that “Hey, the job market stinks so I can pay you less, replace you in a heartbeat, work you more and treat you not quite as nice as I usually might” kind of attitude.

Because as Schwartzkopf says…the soldier on the ground might be the best and have the best to work with, but they can make your business irrelevant.

That teenager working her first job deserves at least as much consideration, training and attention as an employee as the “best” full-timer you have because she can run off your best customer in a heartbeat.

Treat your people like your most valuable investment – because that’s exactly what they are.

Employees have a similar burden

Sure, the job market is tight so you obviously want to deliver as much value as you can – that much is obvious.

Do you show up on time? If something happens and you’re going to be late, do you call? Do you arrive ready to kick some butt? Do you show up looking the part? Nails clean? Yeah, little stuff like that.

You might think that owner of yours is a rotten old cuss who is getting rich off your back. While that might be true (and I’ve suggested you create your own economy via your own small business as a way to cure yourself of that problem), it’s also true that the rotten old cuss has and continues to take risks and invest their money to create and sustain the business that pays you.

If you make $30k and have just 3 fellow employees, consider what has to happen for your checks to clear each week.Â At the very least, they’ve got to take in at least $3000 a week just to make your checks clear (and set aside money for their part of payroll taxes).

Zig Ziglar once said that you should consider yourself self-employed whether you have a job or not. Do the job as if you owned the place, because it reflects on you.

You never know if that customer in front of you will someday be your boss, or better – your best customer (of your own business) or even the one who suggests to the person who owns your business that they’d be nuts not to promote you and give you a raise because of the amazing job you did for them.

You’re the one who makes your boss’ business more competitive on the ground level – and that’s what makes sure it’s there to pay you tomorrow.

Yanik lists his top 10 recommended books (OK, it’s really 12) for reading by entrepreneurs and business owners, and all of them except for 11 and 12 are definitely good stuff for all parts of the business owner’s mind (much less mindset).