Today we’re going to use a common political event (and some football) to discuss the effective delivery of criticism.

Recently a new candidate joined a local political race. The new candidate’s campaign has spent plenty of time pointing out things that are broke, need attention, or didn’t go well. That doesn’t mean the candidate has nothing to say, nor that they have nothing valuable to add to the conversation about how their community is run. Even so, this “list” dominates their campaign while offering no specifics about their qualifications for office.

Criticism is not a qualifying skill

We all have the right to bring attention to things that aren’t working or need improvement. Even so, the ability to identify problems doesn’t qualify us to run the organization exhibiting those problems.

For example, my alma mater is (putting it politely) having a rough decade on the football field. It’s easy to note my team’s problems (or at least the symptoms), including their consistent inability to win a game after trailing at the half. When this doesn’t happen for six years, it stands out.

The ability to identify the team’s problems doesn’t qualify me to run a NCAA football program. That’s why I didn’t offer a solution. I might have theories, but management expertise doesn’t make you a coach.

If you want a job that requires leading the management of a $25 million budget, people expect that you’d have a fair amount of experience successfully managing a budget of at least low seven figures. Criticizing your opponent’s handling of the budget is fair game. Likewise, so is the public’s desire to hear about your experience and specifics about what you’d do differently and why.

Criticism in the workplace has similar demands. If you provide context and propose specific solutions, great. If you’re simply complaining – does that help you, the company, or your target?

While I frequently discuss inept, unfortunate, or unproductive business behaviors I’ve experienced, I avoid mentioning the business. Why? Embarrassing an employee or business owner serves no purpose. It doesn’t improve the lesson / advice. It doesn’t positively serve the reader, or the business. It’s the kind of criticism that accomplishes nothing.

I prefer to shine a light on things a business can improve how they serve their customers. In turn, this gives the business a better chance of not just surviving – but thriving. It should also build job security for their team, and help the owner’s family benefit from the risk they took wh en opening a business.

To make your team’s feedback loop more valuable, teach them how to deliver effective criticism.

Whether running for office, grumbling about your team, or criticizing how you were treated in a local business, how you deliver that criticism says more about you than it does the recipient. It also plays a substantial part in how your criticism is received and the response you receive.

Criticism is not a bad thing. We all need it. It serves the recipient, not the one delivering it. Much of the criticism people given these days serves only the ego of the person doling it out – and does nothing for the person receiving it.

Ego-driven criticism looks like this: “(business / org / person) is terrible at (whatever). Fire them.”

Effective criticism is intended and designed to help those receiving it, rather than drawing attention to the provider.

Think about the best criticism you’ve received. What made it so valuable? Consider that when criticizing the work of others. You’re giving them a gift. 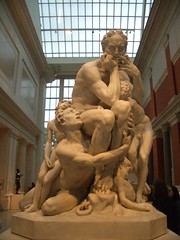 Over at The Online Photographer, there’s an ongoing discussion about a photographer who is experimenting (good for him) with a mechanism to do what some artists never manage to do – trade their art for someone else’s cash and have both people happy with the exchange.

Because his experiment is a little unusual for the art world, it has generated a substantial discussion.

I was pleased to see that the experimenter had taken the time to do some research, consult with pricing experts and find out what impact minute changes in pricing might have on his results.

Many people wouldn’t likely have bothered with that level of effort.

What I didn’t find the least bit interesting or surprising about the ensuing discussion was the number of people with a litany of excuses (they called them ‘reasons’) why this experiment wouldn’t work.

If you are “leaning into the fear” (thanks to Perry Marshall for that gem) and trying something new, you can bet your bottom dollar that someone – probably someone who has NEVER leaned into their own fear – will find a page full of ‘reasons’ why your effort won’t work and why you should just go back to that job at Wally World and keep on doing that thing (whatever it is) as a hobby in your spare time.

You know, “Be realistic”.

A little advice: Don’t roll your eyes. Don’t argue with them. Don’t try to justify your efforts to them.

Just say “Yeah, you’re probably right, I dunno what I was thinking” (or similar).

It’ll shut them up (since you appear to have acknowledged they’re right) or allow them to move on to their next topic, and you can move on with your project (and perhaps with the process of proving them dead wrong).

Unless it’s toxic (you should be able to tell the difference), it’s easy to discard. Sometimes you might even hear feedback that helps you toward your goal. A dime’s worth of serious value out of $5 worth of advice is still a dime you can spend to move a project forward, so long as you give them change with that “you might be right” comment.

Smoke em if you got em

Some time ago, it was suggested that my move to Montana would last no more than 6 months and that I’d soon be back in my old location with my tail between my legs.

That was 10 years ago. Put that in your pipe and smoke it.

Artist or otherwise, you can do that big, supposedly audacious thing too, whatever it might be.