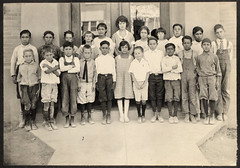 Yesterday, President Obama sat down in the White House Rose Garden to have a beer and a “teachable moment” with a couple of Cambridge residents and the VP.

The only brewery CEO who managed to use the event for PR during that famous Rose Garden beer party – Jim Koch, the CEO of Sam Adams.

Not only did he let the press know that he’d brew a special beer for the occasion, he (one way or another) managed to get his beer served during the event despite Red Stripe having the early nod from Gates.

Of course he knew full well that every story in the news would likely mention what beer was consumed (amid all the handwringing about that, geez). Even if it meant giving Gates free a 6 of Sam Adams every week for life, it would likely be worth it.

But…that’s all there was.

Silence is not golden

I searched for stories and press releases about Blue Moon – from Blue Moon – about the event. Nothing.

I searched for stories and press releases about Bud Light – from InBev – about the event. Nothing.

I searched for stories and press releases about Sam Adams – from Sam Adams brewery – about the event. Nothing other than the previously mentioned special occasion brew Koch was talking about. To his credit, Koch had managed to the special beer idea into stories from NPR and many others in the mainstream press.

I searched for stories and press releases about Buckler – from the Heineken brewery – about the event, though that was expected since the beer is supposedly being taken off the U.S. market.

None of these breweries had anything on their website about the event or the fact that their beers were chosen.

I searched for stories from pizza stores and chip/dip makers about why the POTUS should serve their food/snacks during this get together. Nothing. Not even the articles mentioned what sort of chip and dip was on the agenda.

Maybe I missed one somewhere, though there were a few stories asking the public what they’d serve.

Teachable moment? Use the news in your marketing and public relations efforts.

You might think that this is a negative moment to tout your brand/product. Not even close.