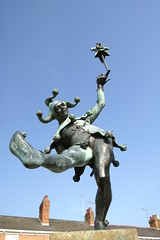 What Foolish thing are you doing to standout in your market and your community? 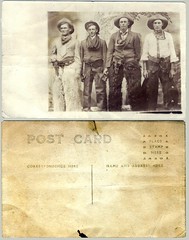 Last week we talked about the direct mail letter that was used to secure donations of cash, in-kind items for the auction and to attract people to attend – as well as what could have been improved in the letter.

I left a few things out of the discussion at the time, so lets get back to them.

We started with some small but focused lists and I want to discuss how those were used so that you can think about the various customer groups you have in your business.

Two of the lists we had came from the organization who was the primary recipient of our fundraising efforts. They had a list of donors and supporters as well as a list of families receiving services at the two closest locations to our town. One of the locations is in our town, the other is 14 miles away so I only used the families who were local for the mailing.

I sent the same postcard to both lists because all I really wanted from them was attendance. The donors of this organization do not need to be confused by my sending them a plea letter asking for donations on behalf of an organization they already support.

If I had done that, the natural response would have been “Why is org A asking for donations for org B when I already give to org B?” I just want them to show up, buy a ticket and bid on the auction.

The families were a different story – I could have asked them for help – but knowing the demographics of the group, I really just wanted them to buy a ticket, eat and visit with Santa. We wanted them to learn that Rotary was helping their family, not just asking them for $. The best way to make that happen was to get them to the event.

As a result, I sent the same postcard to both lists. I used Click2Mail.com, primarily because they had the turnaround time I needed, plus the price was quite good for an oversized glossy 4 color postcard.

I uploaded my PDF and address list, it cleaned them and I paid. Over and done with in short order and I didn’t even have to lick a stamp.

You might be asking why a postcard? Why didn’t I hand address *these*?

I used a postcard because it doesn’t have to be opened and my message was relatively short.

I didn’t hand address them and mail them myself because postcards are open by design. I don’t have to work to get them opened, instead I can concentrate my effort on making them effective. I couldn’t do that with the donation letter because the message needed to be longer and required a donation form.

Almost forgot… The postcards were timed to arrive within 48 hours of the event.