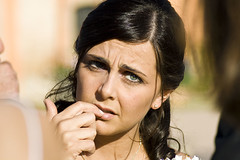 I‘ve heard a lot of talk about “Facebook taking over” the web lately.

It’ll only take over the web if you let it.

I realize there’s a lot of noise out there about new F8 (Facebook app) platform, which includes the like and share buttons that you see here on my blog.

Those buttons are important not because they drive traffic to Facebook (just the reverse, in fact), but because they allow YOU (my readers) to *quickly and easily* share a blog post with a friend on Facebook. No cutting, no pasting, almost no effort. Making it easy for you to share is the ONLY reason why the buttons are there.

If you have a web site and don’t have those buttons integrated, do so soon. Make it easy for folks to share what you do with their friends, family and co-workers via their Facebook wall.

Facebok is not a web host

I’ll bet you’ve seen a lot of ads in major media that promote a vendor’s Facebook page rather than their primary website.

Hopefully they have some metrics on that, but on the surface I just can’t recommend it. If you’re investing in a major media buy and can plaster one website address in your print/video/radio ad, why in the world would you send it to Facebook.com/YourFanPage rather than your own site?

I just don’t see the point.

Don’t get me wrong, I definitely agree that you should have a fan/group page at Facebook, but I really have to caution you against using a Facebook fan page as your primary (or only) website.

Even if your business is consumer-based (which means that Facebook is a natural for it – especially if you focus on products of interest to women), you need to really think hard about what’s going to happen if Facebook changes their terms of service and for whatever reason they decide that your fan page is no longer acceptable.

Whatever the reason might be, there’s there have been many instances where systems like this have just disappeared, have gotten bought out or have had changes in terms of service. Sometimes these events are very difficult to recover from.

If Facebook is used for your main website and you’re in a business-to-business market (where your clients are other businesses), it’s entirely possible that your clients will have no access to Facebook – and thus, to your website. It’s quite common for the network administration staff to block access to all social media sites, especially in larger businesses (especially big corporates with lots of worrying attorneys).

Don’t get me wrong: It’s OK to have a Facebook page for your business.

In many cases, it’s a great idea – particularly to provide another source for promotions and customer service access – but DON’T depend on a Facebook (or MySpace etc) page to be your only website.

What happens if Facebook goes under, or has some catastrophe that brings their site down for a week? What if you start doing something that they don’t like? It doesn’t matter what that is.

Do you want to come in tomorrow and find that all of the links on the ‘net that point to your “site” on Facebook are suddenly pointing to Facebook’s 404 page – or worse – to a Facebook ad page that lists your competitors?

It’s OK if some of the links out on the net point to your fan page, but you want them to get to your main site: a site you have complete control over. Bringing them to Facebook is one thing, leaving them there is entirely different and downright risky.

Tomorrow, we’ll talk more about the new Facebook advertising features that have prompted all the privacy complaints – and we’ll talk about why these are mostly good for yo, both as a consumer and a business owner.