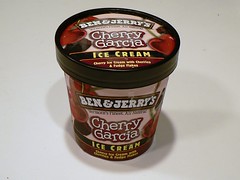 When Jerry’s Grateful Dead showed up and played, people gathered.

Despite having just a single number 1 hit (Touch of Grey), the band was never concerned about a show’s tickets going unsold. Often, Dead fans bought tickets for every show.

But it wasn’t just a concert, it was more like a Deadhead Convention.

What Stays in Vegas?

If you held a convention for your customers, would anyone show up?

What would they want to learn? See?Â  Talk about?Â  Ask you?

Have you created a level of service so high that they’d name an ice cream after you?

What can you offer to them that would make them look at your business like you’re a rock star?

What would motivate them to follow you anywhere, as if you were a modern-day Pied Piper?