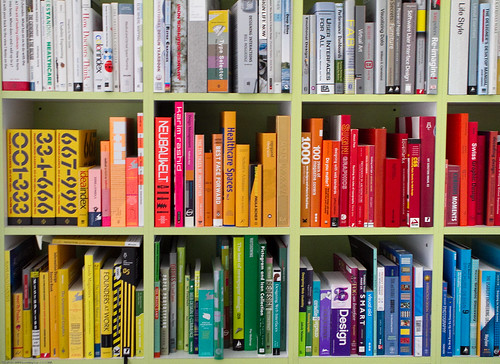 Recently, Borders book stores reported that they were closing their remaining 399 stores, including our local store here in Kalispell, Montana.

The store has about three months, enough time to liquidate their existing stock.

Survival of the fittest demands that some prosper, some get by and some die.Â Borders was not one of the fittest booksellers around, and few businesses have a chance of getting up after taking a one-two punch from Amazon and Apple.

Still, there are takeaways for the rest of us.

When you go to an online store, you KNOW when they’ve just tossed up a store so they can say they have one, kind of like how your mom knows when a local restaurant makes their own apple pie or serves a food service vendor pie.

In one case, it’s a labor of love. In the other, it seems like it’s just there because it has to be.

It’s not unlike Borders’ technology, eCommerce and eBook efforts. Once they got around to it, they served food service pie.

They can’t blame Napster and peer-to-peer sharing. The music business can try, but you don’t see music acts starving. The same can’t be said for their the stuck-in-the-50-60-70s music management houses. Ask a Canadian or European about online music listening from US-based services. You won’t hear many kind words. Inertia and lack of vision killed many of them and took the local music store down with them. Napster was simply the messenger and peer-to-peer the medium. There’s no equivalent in the book business.

They can’t blame their store staff. In the Borders stores I’ve visited, the staff is well-trained and eager to help. Maybe reading fans self-select as Borders job applicants. Regardless of how their stores found their front-line employees, I can’t think of one who wasn’t helpful, knowledgeable etc. I can’t ever remember being tempted to write about them due to bizarre or off-kilter treatment there.

They can’t blame Amazon or Apple.Â Sure, they can point to the Kindle, the iPad, the Amazon and iBook store (and these two behemoth companies) as what killed them, but blame? Nope.Â Amazon and Apple offered a great example, partnering opportunities and millions of potential buyers.

Meanwhile, how many of your friends have a Kobo reader?Â Did you know Borders has an iPhone reader for their Kobo ebooks? Both are food service apple pie. When you’re competing with the likes of Kindle and iPad, you have to be easier, better or cheaper.

They CAN blame C-level management. Certainly Amazon and Apple were a major challenge, but without strategic vision and execution speed, the results were obvious and inevitable. As the Inc. article notes, they had a weak online retail presence and addressed technology change as if it was a chore, not a differentiator.

Management and strategic direction just happens to be your job. How are you addressing those two things?

Many independent bookstores have failed in the shadow of Barnes and Noble, Borders (and later, Amazon and Apple). But NOT all of them. What makes those stores different? Why are they “immune”? The reality is, they weren’t and still aren’t immune.

The survivors didn’t stare at the door, wondering why more people aren’t randomly deciding to enter their store.Â They did something about it. They transformed their businesses into one that Amazon or the Apple iBook store will never be: A specialty store delivering amazing personalized service while delivering a product few others will “trouble themselves” with, within the bounds of a business plan that is designed to survive an Amazon/Apple book selling world.

Each one of them uses their online presence as a strategic advantage.

Even if you sell tractors, chainsaws and weed whackers, people are going to search online for info about you and your products.Â If your online presence offers them the equivalent of the food service apple pie, their next purchase might be at Chainsaws.Amazon.com.

Does your business leverage technology, or use it only when forced to? 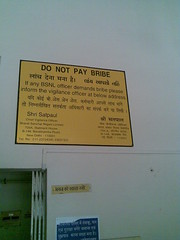 As we discussed yesterday, anti-competitive businesses sometimes do “unfair” things.

Occasionally, they commit illegal acts to gain an edge. Commonly mentioned examples include bribing officials to get contracts or have them look the other way on enforcement or quality issues.

Sometimes the unethical things are illegal, such as refusing to sell spare parts to repair shops that compete with the manufacturer’s repair department.

The CPSIA/Mattel inspection situation is an example that surely makes you wonder. Legal (perhaps), but unethical handling by both Mattel and the CPSC.

Where were you when Pittsburgh, Tokyo and Guangzhou were investing in internet and manufacturing infrastructure?

Where were you over the last 30-40 years as Wal-Mart laid the foundation for today’s domination? (and then continued to improve upon it – and did so right in front of your eyes)

Where were you when Mumbai built business centers out of slums, trained tens of thousands of workers, and built a modern communications infrastructure?

Where were you when colleges and secondary schools in China and India were ramping up the quality and technological level of the training they deliver?

When things go south, our culture (I’m speaking of the U.S., primarily) is to find someone to vilify…to blame. Generally speaking, we must point the finger at someone because it can’t possibly be our fault.

You’ll be glad to hear that I can save you some time there.

If you insist on laying blame, the person who can pull you out of it is the same person can blame: You.

Tomorrow, we talk about that and the ROI (return on investment) of blame.

After 3 days, we’re finally going somewhere positive and useful with all of this.