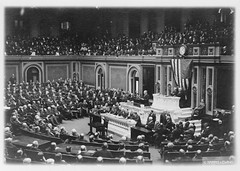 People continue to have this idea that companies like Wal-Mart, Amazon, Apple, IBM, Starbucks and Microsoft are bulletproof.

Folks, it just isn’t so. You might also have thought that UCLA was bulletproof Thursday night against Western Kentucky in the NCAA Tournament, except that no one told WKU about it. Top-seeded UCLA pulled it out in the last 4 minutes, after leading 12th seeded WKU by only 4 points with 5 minutes remaining.

David and Goliath plays out every day, if David is clever enough.

These big companies that small business owners love to complain about are great at building giant customer lists and then turning right around and crapping in their corn flakes. They do it everyday. All you have to do is look around (one of the reasons I mentioned the Google Alerts thing yesterday).

It’s Amazon’s turn. They just got punched in the word of mouth.

What am I talking about?

The Amazon print on demand (POD) story at WritersWeekly.com.

And the Wall Street Journal, TechDirt, Washington Post, TechCrunch, Computerworld and Publisher’s Weekly. And so on.

Before you think that this only affects big print on demand publishers, don’t forget that little (and some not so little) independent authors sometimes see the bulk of their sales via Amazon and POD.

If there are fewer authors able to sell on Amazon (because of their demands), what happens? Does the record industry try to do this next? They’ve already lost control, but there is leverage out there if they want to use it (movies, for one).

What about your ISP? Perhaps they will require that all websites updated from your DSL account must be hosted with their web hosting services. They can easily control this.

The upside is that the market always has a way of sorting this stuff out. Somewhere out there, there’s a little print on demand house just rubbing their hands together.

Oh yeah, and I just realized that my Google Alerts are not covering enough bases.