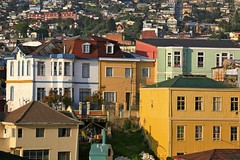 In the days before 9/11, our local airport (Glacier International aka FCA) had a mix of mostly Boeing 737/727, prop and regional jet traffic.

Since 9/11, most of our traffic other than flights to Minneapolis are regional jets or props. When I fly Delta to Salt Lake, for example, I’m usually flying some Delta Skywest regional jet (typically a Canadair model) that is codeshared with Delta.

Before much of the economy cratered over the last year, it wasn’t unusual to see two pilots in the cockpit of these regional jets that looked young enough to have just finished Rush Week at a local university.

Now, I don’t mean to put them down – after all, we always flew safely, never had an unprofessional effort by the pilots and the overall quality of the flight itself appeared no different than any other trip with more experienced pilots – still, there was always a comment or two by passengers when they saw a flight crew that looked like they had been shaving for less than 10 years (in the case of a male crewmembers).

With all the shakeup in the economy and airline industry, these regional jets are now being captained by what appear to be very experienced, mostly white-haired guys who are probably old enough to have flown combat in Vietnam.Â  As the airlines downsize the number of flights, experienced pilots get pushed down the system to the regional jets.

I talked with several passengers about this during my recent trip to Vegas and all of them found it not only smart business – but comforting to have 30+ years of experience in the cockpit instead of the assumption of 5 or 10 years – even if the younger pilot was doing the flying.

How does this relate to your business?