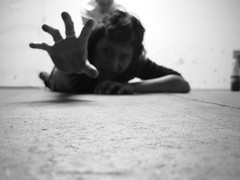 Once again, I’ve somehow managed to find myself lured back into the software business.

More on that in the future, as I’ll likely use what happens there as fodder for “This is how/why I always advised that this should be done” (and perhaps, “should not be done”) posts.

As such, here’s a little treat for any of you who are in startup mode in the software biz: http://www.microsoft.com/bizspark

In addition to tech support and marketing resources (some of which are actually pretty good), BizSpark gives your geeks access to MSDN, which the pocket protector crowd is aware of as the place where you can get development copies of pretty much any software Microsoft makes – including operating systems and programming tools.

Unlike the Empower program, which has varied from $250-350 a year (or free, if you join at the right time in the right way), the BizSpark program is free (hmm, where did you hear that word before?) for 3 years, then has a $100 one time charge after 3 years is up.

The program is intended for startups with less than $1MM (as Austin Powers would say, “One Meeeylon dolllarrrrrrs“) in revenue who are creating internet-enabled Microsoft-based software.

Bring your 2 paragraph elevator pitch and a new URL. Enjoy.