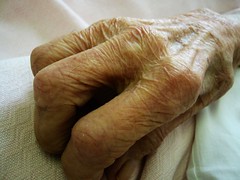 So you’re probably sick of me talking about the fact that basing the success of your business solely on the ability to beat everyone else’s price is a mistake.

Some would hold out Wal-Mart as an example that I’m dead wrong. Rhetorical question for those people: How many businesses *other than WalMart* run that way and are successful with that business model?

You may not realize that I’m talking about small businesses, not large, multi-national global corporations large enough that if they were a country, it has been said that it would be the 4th largest country/economy on the planet.

Yet today isn’t about beating up on those guys, so let’s move on.

Instead, here’s a little twist: Let’s talk about how depending on price ends up hurting your service, which ends up revolving back and hurting your price because you can’t seem to find enough margin to flush the toilet.

Most airlines keep looking at it backwards. Rather than adding value, they are castrating themselves in an attempt to trim another time from their cost per passenger-mile (CPM).

Why? Because they’ve created a “permanent” price war by virtue of the way they position their service. They’ve left themselves with no choice other than to constantly be on the lookout for places to cut costs.

Don’t get me wrong, there is a time and place for cost cutting and being careful with your expenses, but there are right and wrong ways to do so.

The problem with that is that someday, you’ve trimmed to the point where the only thing you can trim is the baseline service: which they can’t do. It’s not like you can charge someone to fly from New York City to Los Angeles and then drop them off in Vegas:)

Not so extra extras

So what happens next? You charge for trivial things that people take for granted.

While the bathroom comment was said to “maybe” be tongue-in-cheek, Ryanair later confirmed that they have been in discussion with Boeing about making it a reality.

Wonder if they’ll charge extra for additional flushes? Wonder if people will flush 2 or 3 times as a protest against the fee? People will find ways of silently paying Ryanair back for their transgressions – I don’t think I have to elaborate<g>

Maybe they think those extra fees won’t be considered as part of their price, allowing them to be the low price leader.

I don’t know what they’re thinking, much less if they are.

My analytical side says they know how many times the toilet gets flushed per flight, on average – if not per route. Given that they know the cost, they can easily add .25 per passenger per ticket (or .07, whatever it might be) to cover those expenses.

Meanwhile I have to wonder why that isn’t already built into their overhead.

Imagine a future airline ticket receipt that looks like this:

As for charging you a fee to sell you an electronic ticket, I’m hard pressed to find a defense for that, much less an alternative.

What I can say is that even today, with travel spending curtailed by so many businesses, it would be a great time to be competing with businesses who make misguided decisions like these.

I don’t know their management. I have little doubt that they are smart people or they wouldn’t have gotten to where they are.

But this? Somewhere along the line, they’ve been derailed and seemingly forgotten what business they’re really in.

Your turn. If a different entrepreneur ran your business, what would they do differently?

And why exactly can’t you do those same things – even it’s only a few of them? Start with one.

The photo? You’ve probably figured out by now that the photos in my posts have some meaning. Sometimes they’re a message to a specific person who reads the blog. Sometimes it’s a puzzle for everyone who reads Business is Personal. Sometimes, they’re just another form of sarcasm<g>

I want to recognize a strong photo that I found on Flickr. It’s the last photo that someone took of their dad before he passed away. Such a strong image, I thought I should share it.

Thanks to HR wizzo Tom for passing along the airline stories.