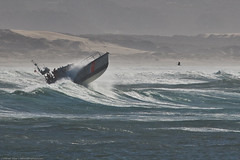 Would you find it odd if McDonald’s outsourced their burger cooking to Joe’s Diner or Burger King? What about Global Burger Associates?

If they did so, would they know if the quality of their food dropped?

What’s my point? My point is that you don’t farm out core competencies.

The letter discusses the fact that they have a new global services vendor and how they are quickly working to get this vendor up to speed.

Not that outsourcing thing, though that is unfortunate – regardless of who is doing the work.

What’s sad is that this work isn’t viewed as important enough to handle it themselves, ie: with Adobe employees.

I’ve heard all the arguments. IMO, they’re all wrong.

As wrong as liver-flavored ice cream

You just don’t farm out an asset like customer service to another company.

What data are they missing by outsourcing support/service duties to another company?

It’s possible that they have access to the database, but is it integrated with their own customer/order database?

Can their developers access this remote system when they need to find out what is causing their customers’ pain?

Can their developers meet face to face with the support staff when dealing with an issue of substantial magnitude?

But those answers would be “Yes” if they felt it was important enough to do it themselves.

Who can leverage the skills they have in-house? Who is building a base of employees with in-depth product and customer knowledge? Aren’t those the people you want to promote in order to strengthen your company?

Not the outsourced one.

Customer service and support are not an expense to be outsourced to the low bidder, nor to that “premium global services” vendor down the street or across the globe.

They’re an asset to care for, leverage and tend to with the utmost respect, just like your customers.

No, it isn’t easy. If it was easy…anyone could do it.

I had dinner with a client night before last and that topic was one of the things we very much agree on – when to send a client along to another vendor.

His story was not unusual. You’ve all probably had it happen to you in one form or another.

A new client left voice mail and email asking about a new purchase before the new purchase was completed, and both messages were laced with F bombs and similar colorful language.

Result: That new client was advised to go elsewhere, which was a good choice in my mind. Clearly that client’s behavior was not likely to get nicer.

Back in my photo software days, we had a fairly standard license agreement that we asked people to sign.

One of the reasons we did this was to make sure they actually read it. The best surprise is no surprise, as Holiday Inn used to say.

The other reason was that we included another page with the legalese license agreement. That page set the expectations for their use of the software and for their relationship as a client with us.

It also set our expectations of their behavior.

For example, we required that they use a battery backup on their server. We also expected them to backup their data daily (and provided a free tool for that purpose). Both of these things were for their own good, so that they would have the best possible experience with software that ran their entire business.

We wanted to make this point up front, before bad things happened to their data because of lightning, theft etc – hopefully so those things would never be a business killer.

More importantly, we defined exactly what would happen if they called us, faxed us or emailed us. We defined what an emergency was from our perspective and told them exactly how to report one so that it would get treated like an emergency (and of course, not to treat everything that way).

One guy called up and refused to sign the agreements. He insisted that we ship him the software, which he had just paid for, and said that signing the agreements was a waste of his time.

During this process, he felt the need to scream at one of my staff members over the phone – about 2 signatures. As you might imagine, he had spent more time arguing about the signatures than it would take to simply read and sign the agreements and have someone fax them to us.

I got on the phone and told him that we would be refunding his payment immediately and that no software would be shipped. I then told him why this was happening. End of discussion. It didn’t matter if he told 100 people. Those people would already know he was a jerk, or they’d agree. Either way, it wasn’t going to cost us a dime.

More importantly, I wasn’t going to allow people to talk to my staff like that and I wanted my staff to know that there was a flip side to my extremely high expectations for their service and support work: That they’d only have to deal with an abusive jerk once.

They knew to transfer the call to me, or ask to continue the call later when they had calmed down. If that happened, I would call them back and discuss their inappropriate behavior with them.

Either they would call and apologize to my staff member (and every one of them did), or I would terminate the relationship and refund their $, no matter how long they had been a client. Never had to do that. Came close once and the guy chilled out when he figured out I was dead serious.

My staff was the bread and butter of the business. Without them, I’d be the bald, insane guy drooling on my keyboard at the end of a 75 phone call customer support day.

Life is too short to do business with abusive jerks. Those are great people to send to your competitors.