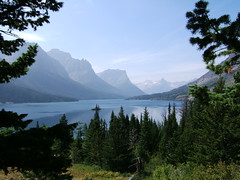 After reading yesterday’s comments about iPads and your business, if you own a business in Montana, you might have shrugged, rolled your eyes and thought “Yeah, but this is Montana”.

Long-time readers know that comment sends me to the stratosphere in a hurry.

So what made you think that?

It might be that “only” 600 were connected to the internet (for the first time) in Montana in the first week.

It might be that we don’t haveÂ decent GSM service, despite what the postcard-tossing guy on TV says. You’re right, we dont…yet.

That seems pretty wimpy compared to other states. It’s almost not worth bothering with, ya think?

Think about this instead

I don’t have to tell you which states they come from. You already know.

Can you afford to be invisible (or less visible than your competitor) to the “mobile, connected affluent” among that population?