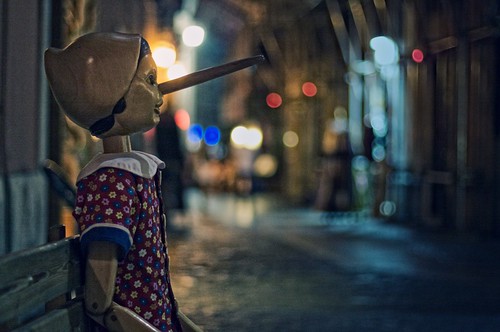 Many of us have something about our business that acts as a barrier that limits what we can do.

In many cases, this barrier isn’t real – it’s simply a belief we’ve allowed to infect our mindset.

The trouble with this is that if you believe there’s a limit to your business – there is, because you’ve bought in to it.

These limits might be about limited cash flow, access to capital, inability to hire enough (or enough qualified) staff, raw materials supply, a lack of time, the inability to make decisions, politics, legislative pressures, market uncertainty, customers who won’t pay what your products/services are worth, or something closer to home – like the fact that you’re letting one of these or something else act as a wall between you and the next step.

If you look at that list, you’ll notice that there are two types: things you can do something about and things you can’t do much (if anything) about.

Both have something in common – your belief that they are THE factor preventing you and your business from doing something.

But that’s not the biggest lie of all.

The biggest lie is telling yourself that this limit is insurmountable. That it has a solution beyond your reach, or that it has no solution at all.

Think about it right now. What’s the unspoken assumption you think is limiting your business?

What are you doing to challenge its perceived hold on your business?

I have a friend whose “insurmountable limit” is that his market’s prospects are mostly losers and that only 4-5% of them will spend any money on what he produces. He knows he has to solve this, so he’s far better off in dealing with his business’ limitation than many others are.

Still, it’s a good example of how poisonous these things can be.

It doesn’t mean that there isn’t a limit. The lie is that the limit cannot be eliminated.

What about real limits?

Real ones are out there.

The lie isn’t that the limit exists. The lie is that it is insurmountable or that you’re incapable of eliminating it due to a lack of skill or resources. When you start to believe that, your mind subconsciously stops working on it because you’ve accepted the belief that it can’t be beat.

Think about it – would you wake up in the middle of the night with a solution to something that cannot be solved? Probably not.

This is one reason that coaches are so valuable. They see what you cannot. They believe things about you that you don’t. They provide clarity for you when a situation confounds you to the point of exasperation, desperation and acceptance of it. The baggage of the lie doesn’t burden them, so they can tell it like it is.

Challenge the unspoken assumption you’re making by accepting the belief in your business’ limitation. Ask yourself “Why is that?” enough times that you figure out the real root of the limit. Ask yourself what Jobs, Gates, Buffett, Branson or others would do when faced with the same issue. You might think they would simply pour money or people into it and that you can’t do that (another limiting belief) – but that probably isn’t the case.

They would probably do something else entirely. Sit down with one of them and discuss the problem and see what they come up with. I realize you might not be able to do that because you don’t have access to them (particularly not for Jobs, since he’s dead), but you can consider what they would say if you had a conversation with them about the problem. Why not do just that. Ask them what they would do if they were your age and had your assets. Consider how they might respond, knowing what you know about them.

You’d be surprised how real a pretend conversation like this can be, and how much it can reveal to you.

Break through the limiting belief. Stop perpetuating the lie.

Finally…Think back to something you accomplished in the past that you never thought you could do. How’d that happen? Intense focus? Drive? Or did you simply decide that nothing was going to stop you from getting that done?