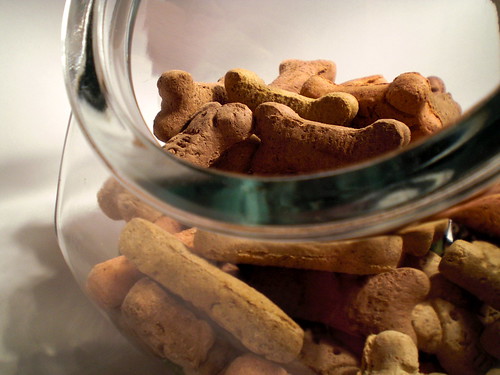 In almost every market, there’s someone who seemingly owns that market’s customers and prospects.

They’re the household name in that marketplace.

A common assumption is that they get so many customers that they may as well get them all.

To be sure, doing things that make you that household name is something I strongly encourage you to do. So what do you do if the market you want to enter already has a household name?

You’ve heard me suggest that you: Do more. Do it better. Do it more often. Do it differently.

The owner never has 100% of the market. If it’s a market you’re truly interested in, you need to figure out if there is enough left to make a business of it.

“Enough to make a business of it” has to last at least long enough to get a foothold so you can start to chip away at the leader and/or create new markets for what you do.

For example, every single market includes customers who are dissatisfied.

They might not be that way because the market leader treated them poorly or failed to meet their expectations – though that’s certainly possible.

No matter what the reason is that you have them, the expectations thing is a big deal.

In the absence of someone setting expectations for them, people assume their personal expectations will be met – at whatever level they have them. Failing to set expectations almost guarantees dissatisfaction among some portion of the population you serve because their assumptions will be higher than yours.

Different levels are OK. Disappointment is not.

Because you’ll find different levels of expectations, you have an opportunity to create good, better, best, unbelievable, and rock-star class tiers of products and services. Still, your job is to set those expectations as appropriate so that even the lowest tier of service gets *at the very least* exactly what they expect.

How often do you get *exactly what you expect* from a business?

Think hard about that.

Now the hard question:Â How often do your customers get exactly what they expect from your business?

One reply on “The hungry dog expects a bone”

If business is going right without any problem this is the very good thing for owner but beside that it’s not a good thing owner just sit and see only this thing business is going on well . Owner should think on that what all other thing i do for this which gives me more success.