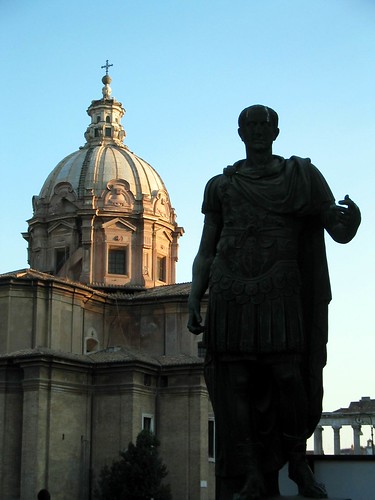 photo credit: get directly down

So…it’s almost the end of March.

Seems like the day before yesterday, the new year started.

Like many, you probably thought over some goals for the new year and made plans to make them happen. Maybe you even got started on the work required.

But again, it’s almost the end of March and in just a few days, 25% of the year will be behind us.

25 percent seems like so little when you think back to the first few weeks of January. Wasn’t that just a few days or maybe weeks ago? Â Reality check: It’s moving faster than we think.

Maybe a few examples will help us get a handle on how fast the year is slipping behind us.

If the year charted the life of a 100 year old person, the days gone by in the year are enough for this person to have been born, gone to school, grown up, moved out of the house and gone to college or have been working for seven years.

If the year charted the time to walk past a line of people that included the entire population of the United States, we would already have walked past every person who lives in New York City, Los Angeles, Chicago,Â Houston,Â Philadelphia, Phoenix,Â San Antonio,Â San Diego,Â Dallas,Â San Jose,Â Jacksonville,Â Indianapolis andÂ Austin.

The point is that while it may seem like the year is just getting underway, really – it’s way past time to “just be getting started”.

So, with 25% of the year behind you, can you say the same for your progress on this year’s goals?

Maybe you’re on course. If so, it’s worth taking 30 minutes to re-examine your plan and your progress to date. Should the plan be accelerated? Adjust it based on what you’ve learned over the last three months.Â If you’re not where you expected to be by this time, maybe you got sidetracked by “real work”. Or maybe you reached for more than might be reasonable in a year’s time. Or maybe there’s another six months of prep work before you can start to harvest the rewards of your plans for the year.

Whatever the case, the end of the first quarter is as good a time as any to take a look at the efforts you’ve made, the progress you’ve made and then adjust your plans based on what you found.

I’ve sure been forced to.

My year has been topsy turvy so far. While early-year deployments of long-running projects came off well, there have been stumbles.

But how does an ankle injury affect non-physical work like mine?

Well, between prescriptions that tend to fog the brain at times and the not-so-snappy speed of hobbling around, everything seems to take longer. At times, the injury has even affected sleep. I don’t think I have to explain how that could impact work.

As a result, I’ve had to repeatedly perform the assess and adjust exercise that I just suggested to you. This episode has been a painful reminder of the business impact of even minor health issues. Learn from my pain. The stronger you are, the better you’ll be able to get your stuff done.

Fortunately, my ankle is finally behaving again, though it’s still a long way from Spartan-ready.

Take your own advice

While you might not have tried to torch an ankle like I did, you should still check your progress against your expectations (and the calendar) to see what (if anything) needs to be dealt with.

What advice would you offer to someone who responded with your answers to those questions? Now…Take your own advice.

My assess and adjust exercise has gotten things rebooted, allowing me to get things back on track. How’s your year going?

2 replies on “Driveway Gymnastics and the Ides of March”

A good mind-reset. Your “100 year old person” example created a new perspective. Downright depressing when put in that light 🙂

Yes, especially for those of us over 29:)