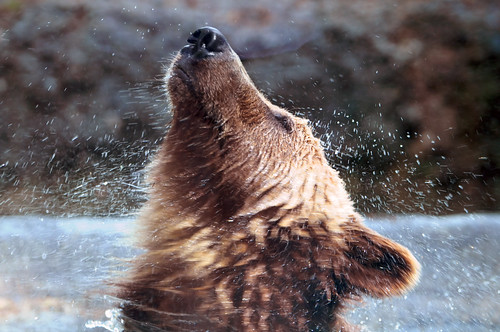 He wasn’t tackled by the Secret Service, or cuffed and taken to jail.

Instead, his business’ Yelp page was inundated with fake reviews from political loyalists from sides of the aisle.

Yelp is a social media business rating/review websites. The timely, personal reviews on this site, like those at UrbanSpoon and TripAdvisor, are highly influential because they come from real customers who post reviews during or immediately after visiting a business.

The mass of reviews weren’t just from those against the hug. Supporters reacted too. Likewise, those reacting to the prior two groups. And those urged on by pot stirrers on both sides.

Thousands of people descended on the review page for this man’s family business, and as is played out every day on newspaper comment sites and blogs all over the world – a “flame war” erupted. The reviews weren’t about the service or the pizza and they weren’t from people who had actually visited the restaurant.

They were about red and blue. Good and evil, evil and good.

The irony of it all: when the business owner was asked about his business, his politics and his impression of the President’s small business policies, he said “My business is stronger than it was four years ago, and that’s because I take accountability for my business,” he said. “I personally run and operate my business, and I don’t depend on the government to help me.”

Somehow I suspect neither group of fake reviewers would have expected that.

This is our best?

I struggle with the possible damage inflicted on this business, despite my repeated assertion to business owners that “Anything you do is everything you do.” Usually, that’s about service, marketing and product quality. Today, it includes politics.

Business owners have to be careful about their “public facing persona” because everything they do is on the public’s radar. Whatever you do and say, not only in your business but in public actions and comments, will be evaluated. If you rub the wrong group the wrong way, that group will be quick to dogpile your business. Their efforts could go beyond actions taken from the safety and anonymity of a keyboard.

In the “good old days”, political reactions included lynchings, burning churches and shooting people at medical facilities. Today, reactions could include a “church” members picketing Veterans’ funerals or drive-by shootings. Is the next step is torching pizza joints?

It should make you think before you act/speak.

What should business owners do about publicly stating political opinions? It’s bigger than a national corporation being boycotted until their issue is pushed off the public’s radar by the latest reality star’s escapades. “Will they burn my building?” or “Will they come after me, my family or my employees?” is a real possibility – as is no reaction at all.

Do you choose to alienate half of your customers by saying something, or say/do nothing publicly in an attempt to avoid angering a cause’s most volatile followers? Does it matter?

For me, these conversations usually have little substance and rarely change minds. In some cases, they serve only to isolate, anger and create divides among people who had no idea they needed to argue about something. My political opinions are no one else’s business until I decide to share them. So far, I see no benefit to the listener for me to share them.

But not everyone agrees with that. Some feel they deserve to know your stance – and that’s their choice, not yours.

Silence has its risks

Silence is often interpreted as tacit approval of a situation or cause. If I don’t publicly react against something, it implies to some that I’m for it.

Make sure everyone understands that the off-hours behavior of management, owners and staff can impact your business. While you can’t regulate their political activity outside of work, it still reflects upon your business and could create conflict at the office – something you have to manage.

Whatever you do, be sure of yourself, your opinions and your actions, and be willing to accept the public’s response, because the one thing you can’t control is the public’s reaction to a hug.