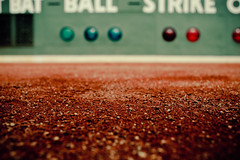 You’ve probably seen people on Twitter or Facebook yammering about “Wow, I only need 17 more followers or fans to hit 2000” (or Â 10000 or whatever).

If you’ve used Twitter, you know that there’s a curve there and when you round it, it’s like drinking from a firehose.

Stowe Boyd talks a little about the social media scoreboard in today’s guest post, stating that quality rather than quantity is the important factor.

Remember that each of those fans or followers are people. They have needs, wants and presumably they followed/fan’d you because they thought you had something to say. “I’m having a waffle” just isn’t it.

@BillGates doesn’t have 400-500k people following him on Twitter after just a few weeks because they want to hear him talk about Windows or MS Office. Bill is engaging to follow nowadays because he talks about poverty, disease and education – and then puts his money where his mouth is. Lots of it. Almost $300 million for polio, for example.

Engage. Have a *meaningful* conversation.

Think about the folks on Twitter or Facebook whose posts you look forward to. How are they different from yours?

3 replies on “The Social Media Scoreboard”

I agree. I just don’t get the facebook games. What’s the point? Seems like a huge waste of what little time we have. All that energy, not to mention time, being spent on something that’s not even real. I’d rather exchange real ideas with people I actually know and consider my friends, not a friend of a friend of an aquaintance of a friend…

Sheryl,
Sorry you feel that way about facebook games. I was just going to send you a pink cow on Yo Farmville.
: >)

Instead of searching for information users are wanting friend recommended information.