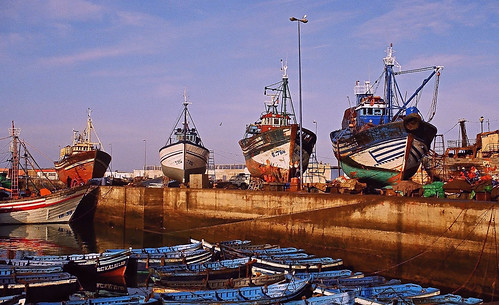 Our clients are so stupid!

Is that your company’s vibe?

If you aren’t sure, ask the people who staff your front desk, sales department and/or customer support/service positions.

At one time, the majority of my software customers were studio photographers.

Their industry was making the massive shift from film to digital. Prior to that, many (if not most) of them had a love/hate relationship with computers. Digital *forced* them to deal with computers and business growth pushed them there as well.

It wasn’t at all unusual for a photographer to apologize for being “stupid” (their words) when asking for help, because they weren’t “experts on computers”.

I reminded them that we’re all stupid about something, noting that I’d look pretty stupid if they started asking me questions about posing, lighting and other technical things about their business. Photographers back then (late 1990s – early 2000s) usually weren’t computer experts and didn’t need to be. Today, technical expertise is a necessity in their business thanks to digital photography and videography.

One of my first duties in the technology business was “dealing with users”. I was trained early on that the people on the other end of the phone paid the bills.

Fast forward a few years… A small handful of people are discussing various technology topics and one says “How does one explain to a customer that there is no ‘cloud’? There is only someone else’s remote server. There are also no unicorns.”

Naturally, the wiseguys call this person out for claiming that there are no unicorns, but soon the conversation resumes in technoworld.

At first, this person was reminded that, technically at least, a remote server isn’t the same thing as a cloud.

One tried to keep the conversation civil, wondering aloud if the easiest way to explain it was to ask the customer to “define the word ‘cloud’ as if you could find it in Webster’s dictionary.” He continued noting that a cloud is a group of servers and that the number and location of those servers could vary.

The original questioner remained in “my customer is stupid” mode by commenting that the customer’s data “lives” somewhere and that it isn’t just floating in space, following that with a comment that perhaps a cloud is a “server with blue spray paint and cotton balls.”

It was noted to this person that a cloud and a server are far from the same thing, offering that “a cloud is multiple redundant servers with the ability to fail over, load balance, etc. not just one box in granny’s house out of state”.

That got nowhere and was quickly rebuked by “This customer isn’t that smart. Says he doesn’t want his data on a server, he wants it “in the cloud”. I think he’s watching too many television commercials.” followed by “As I sit here at home backing up my entire website via FTP before updating our shopping cart software, bored silly while it takes forever. Considering how long it’s taking me to back up my website, I can’t imagine why this guy wants ‘cloud’ storage”

At this point, I’d heard enough and said this situation shows why he needed to have established a position as the “expert” in his market. His response: “That’s what I like about my other business. The customers don’t presume to know anything about it.”

It was painfully clear at that point that he wasn’t interested in hearing legitimate reasons on his customer’s behalf. He just wanted to whine about a customer others would be glad to have, but I wasn’t done. I noted that his customer’s business might require travel and thus need access from anywhere.

I then suggested (with a touch of sarcasm) that his customers might have picked up an airline magazine (which often discuss business topics, given their market) and that he could have defused the whole thing by educating his customers with a pre-emptive “This is a cloud and why you might (or might not) want to use one” blog post.

Your customers want your leadership, not your disdainful, disrespectful scorn. Be their expert, but never underestimate them.