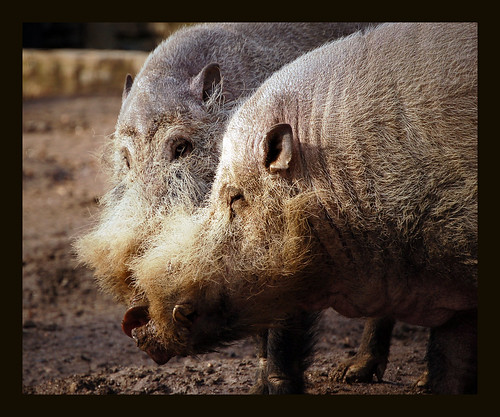 One of the groups of software folks I work with has wisely decided not to support Windows Vista.

Vista was released in November 2006 and while old, it’s not quite half the age of the now-prehistoric Windows XP released in October 2001.

Yet plenty of people still use both.Â So why is it wise not to support Vista?

In this case, the products involved deal with a complex industry in an enterprise environment.

The software simplifies that industry – a pretty common task for vertical market software. They don’t support Windows Vista because there are a number of issues that are not easily resolvable without upgrading Windows itself – networking problems being one of them.

Enterprises and network problems do not mix well.

These things might not be apparent on the day the product is installed, but you know these problems will present themselves at a less than ideal time. At 4 pm Friday, it won’t matter that the OS is the problem when a pallet needs to go out the door and the software somehow prevents that shipment. It will only matter that the shipment can’t go out. Are they going to blame Microsoft or are they going to blame you?

People aren’t going to take perfectly valid advice when that advice appears to serve them no purpose.

Yet we regularly give it in our context rather than showing the customer the benefits in theirs. We don’t do this because we’re selfish (mostly) but because we tend to forget that our reasons, however valid, are often meaningless to the customer.

This “you need to upgrade your Windows” conversation was going on with a now-cranky customer in a context that was not meaningful to them, so I was asked to help sell the idea.

Vista “isn’t supported” because Vista’s frequently encountered problems will get blamed on us/our apps and we will be powerless to fix them.

He can use Vista but he needs to be aware that it has a number of issues that are systemic in nature. He may encounter problems that cannot be resolved without upgrading to Windows 7.

Is that the position he wants to be in on Friday afternoon with a shipment on the dock? Is that what he wants to defend to his manager after a shipment doesn’t go out on time?

Microsoft charges $199 for the Windows 7 upgrade. Is saving $199 now worth the possibility of having a late shipment at some random time in the future? Thatâ€™s really what weâ€™re talking about. Weâ€™re trying to save him the embarrassment and cost of a possible failure or shipment delay by encouraging him to upgrade now rather than when he is under time pressure.

What did I really say?

I put it in terms that the customer values: personal accountability and business failure.

One reason for suggesting this change is to prevent a failure that will cost the customer money, embarrassment and/or the loss of their customer.

While this failure might initially be blamed on the software vendor, it’ll eventually come to light that the cause was a “small decision” to skip a $199 Windows upgrade.

What if the delayed shipment is a critical time-sensitive pallet going out to the company’s best customer? If you’re Joe the dock guy, you don’t want Monday’s first management conversation to start with “Joe tried to save 199 bucks which ended up delaying a $45000 shipment to OurFaveBiz and now they’re ticked at us.”

Maybe Joe won’t care that he gets blamed, but right now almost everyone with a job wonders if they’ll have that job tomorrow. Making decisions in the best interest of the company is unlikely to make Joe a target.

What did I not say?

I didn’t pass along advice in a context that benefits the software company.

Upgrading everyone off of Vista provides a benefit to the software business by reducing support that is solely a function of using Vista. While that benefits the customer in a trickle-down sort of way, you really can’t sell that to the guy sitting at the warehouse logistics desk. He doesn’t have any reason to care about it.

What he cares about is shipping on time to the right place.

When selling your advice, be aware that your customers’ concerns aren’t much different than Joe’s. Speak to them.

3 replies on “Why clients don’t take your advice”

Interesting concept but whenever I have tried to apply it (which has been many times before reading this post) I find the client still wont listen and will ignore my advice.

This leaves me with two options ignore them back and refuse to implement their bad ideas which means I lose what has become a frustrated client or do it their way and feel even more frustrated myself at the poor work I have had no choice but to do.

David, I think this situation is worth a post of its own.

[…] Last week, we discussed a big reasonÂ why clients won’t take your advice. […]