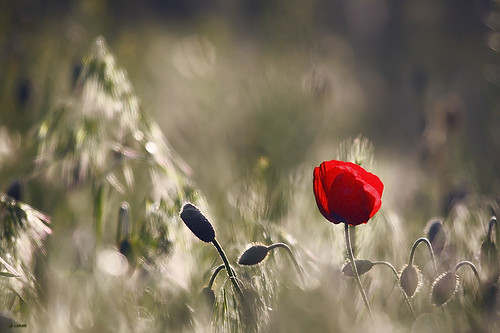 One of the more common things you’ll see from a business that’s differentiating themselves using things other than price is their use of a unique selling proposition (USP) and in the strongest cases, a “core story” that backs it up.

You’ve probably heard USP described before. Domino’s Pizza’s USP is a well-known example: “Fresh, Hot Pizza in 30 minutes or it’s Free.” Given that, there’s no doubt what Domino’s focus is.

A Core Story takes a good USP to the next level.

Do people understand the value and uniqueness you deliver? Or what drives your desire to do exactly what you do and for whom?

The essence of this can be communicated using a “Core Story”.Â Simon SinekÂ might call it your “Why”.

While attracting the “most inclined”, you might be thinking that you don’t want to exclude anyone from doing business with you, particularly these days. While a good Core Story might do just that, but in a good way. Your core story will speak specifically to the people who see your business as the porridge that’s just right.

It helps them understand who you think your customers are and what they care about, as well as why and how you serve them. You might be thinking that this will weaken your business by limiting the scope of who you serve, but the reality is that it usually strengthens it by firming up the things you have in common with the just-the-right customers.

I don’t use the B-word (branding) much because too many confuse branding with logos and such. Even so, your branding is at the root of your core story because it’s a symbolic, often emotional statement communicating your business’ values, concerns and aspirations.

Boy, that was all fluffy clouds and blue sky, wasn’t it?

Let’s come at it from a different place. Branding, as it relates to core story, is more about setting the context for what you do and who you do it for. It offers (at least) one really important thing to a prospective customer and to the business who figures it out: Clarity.

A core story gives your customers (and your staff, much less yourself) the clarity needed to know that they’re in the right place, will find exactly what they’re looking for, sold by someone who feels about it like they do.

BMW offers a strong example: Their core story is built around “The Ultimate Driving Machine”. It’s about engineering and refinement, not about safety, comfort and luxurious surroundings – even though their cars offer those things. They identify with the drivers out there. Rather than identifying “people who drive” (most anyone), they identify with people who choose their car – and even the roads they drive – Â because of the joy they get from the physics of driving and the feedback / control offered by a precision driving instrument.

BMW is well aware thatÂ their customersÂ take back roads because they like the curves.

By now you have a pretty good idea who the ideal BMW customer is and why someone would identify with them. Likewise, those who aren’t part of that group might be repelled by it or simply not get why those things matter to others. That’s ok, because someone else has what attracts those drivers.

Notice that BMW’s branding doesn’t get into the terminology of the German engineering or the forces that keep their cars on the road – instead it simplifies that down to the “ultimate driving machine” – bringing a common language to their customers and redefining a car as a driving machine, raising it above others.

A great Core Story resonates with the deepest desires and frustrations of your ideal customers.

Rather than simply identifying the core of your target audience, it does more to help themÂ identify themselves as someone who should be doing business with you. Establishing a common language lets them quickly and easily understand your business and see themselves as part of the experience you described.

Now the easy part: What are the elements of your core story?

Pull them into your world with an authentic core story about your business that resonates with the things that motivate andÂ excite them.

I think we should put our all best effort to give better service to our customers if we will do each and every thing in right ways and in favor of customers then i don’t think so it will take much time to make our brand in market.